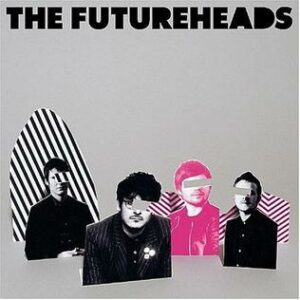 Here we go, fasten your seat belt because as soon as you press play on the Futureheads album you’re gonna be hurtling down the headphone highway at 90 miles an hour and for the next 33 minutes or so, you’re gonna have a ball. That’s right, 14 songs in 33 minutes. This bunch of Mackems divvent hang around. 14 songs and every one of them’s a belter. Not only that but they finally prove that singing in a Mackem accent needn’t be frowned upon. Not only do they talk proper but they sing proper too. Unless you come from Newcastle that is, in which case you’ll probably hate them just for the sake of it. If so, divvent listen cos they’ll win yer ower. This is the most exhilarating album I’ve heard in donkeys years. Every time you’re just getting into a song they cut it off. As a result, every song leaves you craving for more. How long does it take to get from A to B? 2 minutes and 27 seconds actually. In fact, there’s only a couple of songs here that break the 3 minute barrier. Opener Le Garage barely lasts a minute, but that doesn’t stop it being bloody marvellous. As is the rest of the album, with Decent Days and Nights being the catchiest tune we’ve heard since Franz Ferdinand’s Take Me Out.

Take the Clash, the Ramones and a hand full of post  punk influences, mix them around in the working men’s clubs of Sunderland and you’ll end up with the drink of the Futureheads. It’s a heady brew but it’ll blow yer head off. This is a marvellous album and it kicks seven tons of shit out of that new Libertines one. Shit cover though. (Well we had to criticise something)