“Never listen to the words if you want a happy life, that’s the lesson there.”

“Never listen to the words if you want a happy life, that’s the lesson there.” 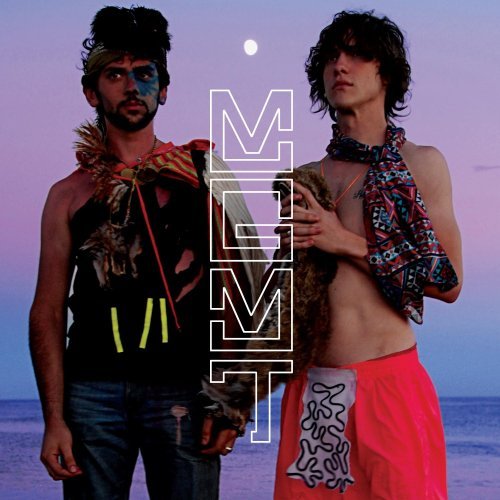 The opening track on this album, Time To Pretend, has been on the radio for what seems like months. Maybe it’s only weeks, and it’s so … what’s the word I’m looking for? ‘Catchy’? ‘Memorable’? ‘Annoying’? ‘Good’? Anyway, it’s one of those, and so maybe it’s got into my sub conciousness more than you’d think and it just seems like it’s been around forever. The fact that it sounds exactly like a Flaming Lips song might have something to do with it too. Not any particular Flaming Lips song (as far as I can remember), it just sounds like the Flaming Lips. When I first heard it on the radio I did think to myself “I didn’t know the Flaming Lips had a new CD out”. And it turns out I was wrong. But apparently the Flaming Lips producer worked on this CD too, so there’s method in my madness… And it’s not just the opening track, there’s a load of others. Kids and Future Reflections spring to mind, and almost all of the other tracks have the same kind of textural ideas and sonic flourishes that you’d normally associate with Wayne and Co. Time to Pretend is an obvious opener, as it’s the best track by far, it’s only rival is the disco-style slow funk of Electric Feel. In fact I have a feeling that, in months to come, it’ll be Electric Feel that I’ll want to listen to and that Time to Pretend will have had it’s moment. The one saving factor might be the lyrics, which seem very nihilistic to me; (to be honest, that may well just be my current mood). You get that wonderful juxtaposition that Stereolab are the masters of: chirpy, happy music and terribly depressing lyrics. Never listen to the words if you want a happy life, that’s the lesson there. Certainly never think too hard about them, heaven forbid. Oracular Spectacular has a breathtaking tail-off, as if they couldn’t be bothered with the last few tracks. The trimmed down Pieces of What, stripped of the layers of sound that are there on the rest of the album, just sounds like a demo to me. There’s a tremendous buzz about MGMT at the minute, but, on the evidence here, I can’t for the life of me see why. Maybe their live shows are spectacular, but their music if anything but oracular. I may check them out if I’m at a festival and there’s nothing better on, but I won’t be rushing to see them live at any point in the future.http://www.whoismgmt.com/