Well the spirit of Burås is very evident throughout the record. His guitar style is mostly very bluesy, finding a perfect foil Sivert Høyem’s rich vocals. 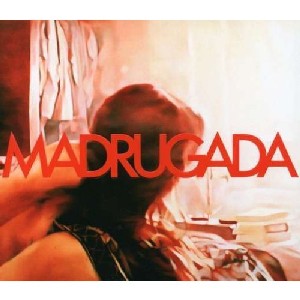 Eponymously titled albums frequently come with explanations from bands or record companies that the reason is that ‘they feel that this is the definitive statement of what the band represents’ or some such guff. ‘Madrugada’ by Madrugada has a press release that states just that. That the band’s founder member and guitarist Robert Burås passed away between the recording and mastering of the album does spare them from what would have been undoubted snipes from myself about laziness or lack of inspiration with a veneer of intellectualising.

So if this is a statement of a band what does it ultimately say about the group? Well the spirit of Burås is very evident throughout the record. His guitar style is mostly very bluesy, finding a perfect foil Sivert Høyem’s rich vocals. There is a genuine soulfulness imbuing many of the tracks. The album is also very well structured. So Honey Bee, whose slow acoustic strum could undermine the flow of the album, prevents this by the judicious use of Hammond organ and female backing vocals that lend the track a very atmospheric feel and lift it immensely.

For the most part, however, it is the heavier tracks that work best. Whatever Happened To You? and The Hour Of The Wolf serve as a statement of intent – all big ballsy riffs and rich bluesy vocals One exception to the ‘heavy is best’ rule is What’s On Your Mind?, a song which utilises a slide guitar in the mix as a counterpoint to Høyem’s vocals. Whilst more contemplative and less full-on than some of the tracks, it’s a song that still bears fruit.

Overall the album is impressive. However whilst one should never speak ill of the dead the one weak link in the album is the last track, the Burås composition (on which he also sings) Our Time Won’t Live That Long. It is doubtful that if it weren’t for the somewhat portentous lyrics (‘I don’t know when they’ll put me in the ground’) and the sad event of his passing that it would have been included. A fine guitarist he may have been, but his vocal just can’t match the richness of Høyem and frequently sounds strained.

That said this remains an impressive document of a band at their best.