The band thank Sigur Ros for their generous help and the use of their equipment. It would appear that the equipment was not all they borrowed from the Icelandic post-rockers. 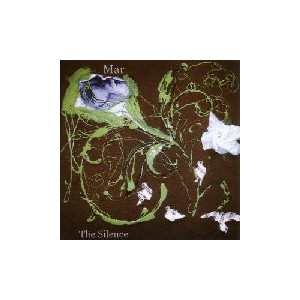 The credits on this album are very revealing. The band thank Sigur Ros for their generous help and the use of their equipment. It would appear that the equipment was not all they borrowed from the Icelandic post-rockers. When listening to the album it is clear we are entering a similar sonic territory. This is enhanced by the drafting in of Jimmy LaValle of the Album Leaf and Black Heart Procession and Samuli Kosminen of those other Scandinavian experimentalists Múm.

The album doesn’t quite have that same epic sweep of their Icelandic co-conspirators, with the tracks tending towards relative brevity (well in post-rock terms at least) although there is the same unity of sound. Or in other words a tendency for songs to merge into each other. There are moments of grandeur, though. The Liar and Klirisskus, with its sophisticated use of drums both stand out.

The album is mostly a somewhat serene affair, with only Bows threatening to spill over into something more raucous. For the most part the album drifts along on dreamy barely-there vocals, subtle arrangements and beautiful musicianship. This is an album to wash over you after a stressful day. There is a more subtle palette than is often the case in post-rock. It isn’t just an exercise in the contrast between loud and quiet.

For all the plus points the album ultimately doesn’t quite deliver. As it makes its stately progress it somehow fails to connect. It is evident that there is emotion poured into the making of the record. Unfortunately the record itself seems somehow disconnected from that and an album with the potential to draw the listener in, instead left me somewhat cold.