Strangely for a guitarist it is the electronic parts of the album that are more convincing with only the penultimate track standing out for it’s guitar work. 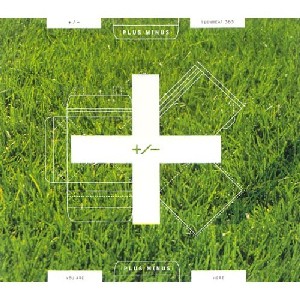 A re-released and extended version of the ‘Versus’ guitarist James Balyut’s side project this is something of a diverse album. From the pulsating electro-rock of the album’s opener (which depending if you believe the supplied track-listing or the band website is either Ventriloquist or She’s Got Your Eyes) through the Nick Drake-esque acoustic strum of Summer Dress 1 (All Her Winter Clothes) and taking in bits of Depeche Mode and Radiohead’s electronic experimentation (Surprise!).

The opener does its job very well, a compelling piece with a hypnotic rhythm pulling you into the album. Later on it is the more unpredictable and experimental tracks that please most. Sadly the quieter moments on the album seem somewhat banal. The afore-mentioned acoustic strumming is dull and a couple of tracks slip into mundane indie.

Strangely for a guitarist it is the electronic parts of the album that are more convincing with only the penultimate track standing out for it’s guitar work. This is then immediately undone by the dreary final track Everything I See Makes It Feel Wrong.

The album mostly works, but the twelve tracks of the first CD feels overly long. CD 2 is mostly superfluous, with only the see-saw electronic elasticity of Back and Forth standing out. This really didn’t merit an extended release, as the extra tracks add very little to the original.