I like the East of Holland. Before I lived in Groningen, I lived down in Maastricht and… I’m not really attracted to the Randstad, I find it a bit too crowded I guess.  I’d like to live on an island and do my things.

Sitting in a quiet pub in Utrecht, Wymer Vaatstra from Vox Von Braun and me are sipping at our first Guinness of the day. In many respects I feel I’m in the perfect setting to interview Wymer. A thoughtful chap who prefers to contemplate life’s ups and downs through the scuzzy vignettes that are his songs, Wymer has taken his time, (sometimes to the point of catatonia) via the Gluemen and Vox to hone a sound that hovers somewhere between ‘60s garage psych-pop and the reflective murmurs of Ultra Vivid Scene. There’s a good case to say that Vox are the Low Countries’ ultimate slacker garage band. Wymer is nevertheless a singer with a true appreciation of rock’s shamanic elements. And he’s not one for musical slackers or bullshitters. Talk of Holland’s current place on rock’s map can always get a little heated… but anyway, we decide to start on a lighter note; Vox are back kicking against the pricks with a splendid debut LP, Something Ain’t Wrong.

IN: The album, Something Ain’t Wrong; I really like the 60s American sound you have, you’ve really created a comfortable sound for Vox. Is that American ‘thing’ where you draw your inspiration from?

W: Well… I sort of get my inspiration from about 10 bands, not just late sixties American music. I really like punk rock, garage punk rock as well as Dinosaur… (Jr) which I really feel you can hear in the record, and oh, I like bands like Pavement…

IN: What is it about that sort of music that excites you?

W: I think the qualities for me are, on the one hand, the dark side of that music, and on the other the energy. You know, when you think about it it’s a pretty strange set of forces to combine. There’s a side to energy, the total positivity of it. I kind of hate that (giggles). 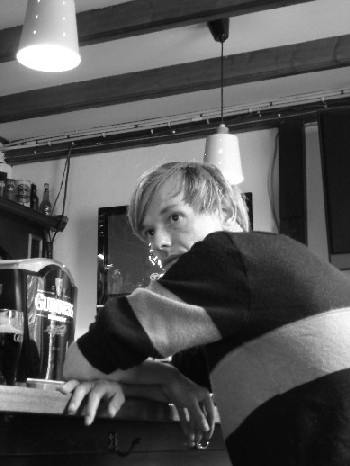 IN: It’s a very poppy, accessible record; you’re not scared of being accessible are you?

W: No, no, no! Not at all! There are only three sorts of songs I write anyhow, very loud, up-tempo pop and the slow dark songs and for this band at least I tend to stick to this sort of template. Not as a rule but it turns out that way, but no! I like pop music.

IN: Vox has been very tight as a three piece band, and you’ve always been sharp and spiky when I’ve seen you play live.

W: No, that’s been true of our shows but now we have an extra guitarist Richard! We (as a band) began to agree that as a three piece we wanted to play the album live like the album sounds in your room. So all the second guitar lines, we can play that now and I don’t have to do everything at once! (Laughs)… It’s so funny when you have to sing and play difficult stuff because the rhythm of the words is different from the rhythm of the guitars and that can send you schizophrenic… 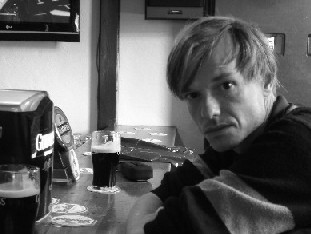 IN: Is that schizophrenia why you got drunk before the Accrington gig? (laughs)…

I like the album in that there’s an open-ness in letting other people play parts and contributing. I see you’ve got Natasha van Waardenberg from Appie Kim playing on one track Waiting for the Morning Sun.

W: Well I wrote the song as a duet. I actually write a lot of songs as duets, or conversations. But with this song it was the song which should be a duet proper and I knew Natasha and our voices combine really well; we’d played together now and then before. So we went over to The Hague at their studios and we stayed over with those guys. It was an easy choice.

W: Yeah we pushed that a little bit…

IN: Now you are based in Groningen There’s a healthy rock and roll scene there…

IN: How does living in Groningen affect your writing? Do you feel that living outside the Randstad affects the way you write?

W: I like the East of Holland. Before I lived in Groningen, I lived down in Maastricht and… I’m not really attracted to the Randstad, I find it a bit too crowded I guess. Maybe if I lived next to the sea it would be different. But it’s a definite choice. And you can see a lot of bands in Groningen… I’d like to live on an island and do my things.

IN: Subroutine and Wham!Wham! record labels are good. And both from Groningen. And it’s not a normal Dutch city…

W: No it’s not! It’s a strange thing. I guess you could compare it to Germany where you have Hamburg and Munich, it’s the same with Groningen and Maastricht. Albeit in microcosm. Munich and Maastricht are very bourgeois, people like the food and the drink and a settled, comfortable way of life whereas Hamburg and Groningen, the people are hard. There’s always a wind blowing. It’s strange.

IN: Your music is solitary, songs about an underground existence you seem to be living…

W: My songs aren’t entirely drawn from life. I do like to let my imagination do the work. But of course I have friends who are at the edge of existence so to speak, and I just don’t want to sing about nothing, I don’t want make up equations in my music. 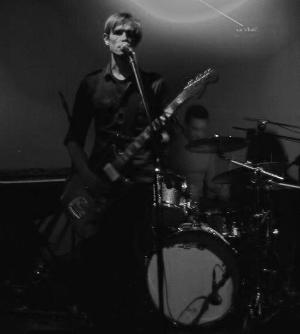 IN: You were talking about Groningen being an unhealthy scene. And you have a certain amount of anger about the Dutch music scene in general. Do you think Holland will ever get musically turned on, or is it just going to continue being this place where you can buy, see and do anything but not have any emotional connection to it?

W: It doesn’t have the same emotional pull like in other countries. I sort of worried about that… The obvious answer is that Dutch people are perhaps too sober, are too down to earth and don’t really have the passion of the English or the Americans and obviously…. (Silence). They have an expression in this country which goes, ‘be normal then you’re crazy enough the way you are’! (Laughs). Another thing is that it’s very hard to get away from the whole tradition of bad music. When you grow up you hear all these bad Dutch artists who perform in a very restricted, standardised tradition. It’s the only way here, and it’s not a very good way!

IN: Some of these things… the Franz Bauers of this world, I kind of enjoy on one level party good time music but on another level, when people try to be serious they become so serious, the whole “we are being serious now” thing that they don’t allow the music to take over. It’s so constricted.

IN: This is why I have respect for Bauer rather than the Kanes or Di-rects of this world…

W: Well he definitely has his own sound (giggles). Maybe that’s also a problem with Dutch artists. They try to ‘make’ music, ‘make’ a sound. Not let music happen. On the other hand it’s very difficult to create an authentic sound now. I mean there are 50 years of rock history, and sounds are now just becoming just fashions.

IN: List ticking again? It’s the current question of ‘is this sound okay?’ rearing its ugly head again. Anyway… How do you see your sound developing? Your LP has a classic, warm, beautiful sound. How can you move on?

W: I have this new interest in dramatic songs so I kind of like to focus my attention on that I really like the Dears at present, I’m into the total, overblown drama in their music. And I’d like to see if it fits me. So that’s maybe a new focus point! (Laughs)

IN: A lot of the Dutch bands you are ‘allied’ to, such as Appie Kim, the Sugarettes, Hospital Bombers seem to enjoy the Sturm und Drang aspect of pop music, and are fiercely independent even though they all sound different.

W: Exactly, it’s romantic; but what else is rock and roll music for?! It turns out that the people who make music I like, are people I get along with. Also we played a couple of days ago with Pony Pack and they make great music and we can get along just fine.

I really fancy Pony Pack as a proposition you know… and who else… erm oh God I’ve been out of the loop. It’s August and the Rock scene has been closed during the summer!