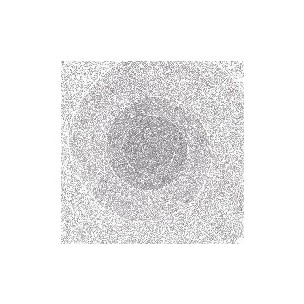 Dark, Gothick and magnificent. If you like this sort of dark folk/drone release, it’s indispensible.

Kiss the Anus of a Black Cat – The Nebulous Dreams

Ah the majesty of this Kiss the Anus of a Black Cat LP! Opening track Between Skylla and Charybdis enters into our consciousness as a mighty discordant dirge, plodding forward as if under the weight of a thousand sorrows. It’s an immense drone-athon in the High tradition. About half way through we get a vocal performance which is obviously intent on mirroring the (perceived) delivery of a High Priestess or the Oracle at Delphi. Its overblown prophesies (especially when the backing vocals add weight) are incredibly effective.

Dyptich starts as a series of cut ups, eventually evolving into some insistent medieval lament (albeit with seventies style synth phasing). At times it’s a bit reminiscent of a Coil side-project. Miserere is the most beautiful and basic of all the LP’s tracks, boasting just acoustic guitar and sotto instrumental backing. At times it even gets a bit happy clappy…

Dark, Gothick and magnificent. If you like this sort of dark folk/drone release, it’s indispensible.