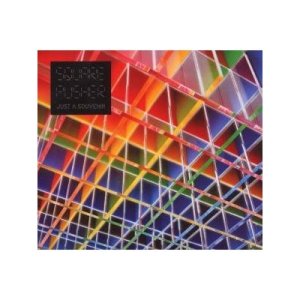 But combine said heavy guitars with his slap bass and dance music and what do have? Electro-metal-jazz, and if anyone thinks that is accessible they are, quite frankly, off their chump.

Squarepusher is a frustrating artist. When he’s good he’s unbeatable, as previous album Hello Everything demonstrated. His love of slap bass means that when he’s bad he is really, really bad. But you can’t fault the way he does exactly what he damn well wants, and if that means a concept album about an ‘ultra’ gig based around a giant electronic coat-hanger then so be it.

The result, it has to be said, is mixed. I think people are flat-out wrong to describe this as his most accessible work. The only possible reason for such an assessment is the preponderance of guitars on the album. But combine said heavy guitars with his slap bass and dance music and what do have? Electro-metal-jazz, and if anyone thinks that is accessible they are, quite frankly, off their chump.

Album opener Star Time 2 is a pretty straightforward proposition. Yeah, it’s a bit jazzy, the slap-bass bubbling away in the background, but the electronic beats chug along pleasantly enough. The Coathanger, with its vocoder vocals (that I misheard, and thought were saying a very rude word for most of the song) and bass overload doesn’t really go anywhere. A Real Woman is the standout track. Again the vocals are vocodered – this time it seems to be a robot singing enviously about ‘a real woman’ – but the song manages to combine beats, a fuzzy guitar and jazzy interludes very successfully. Delta-V is the first of the rocking tracks but it really does resemble jazz metal and the whole thing left me deeply weary. Potential Govaner is basically jazz noodling whilst Planet Gear kicks off with a heavy rock fuzz guitar. Electronics run over the guitars but, again, the song doesn’t go anywhere until a keyboard melody (that is very nice) enters all too briefly at the end. Tensor in Green and The Glass Road continue the jazz metal theme. Duotone Moonbeam is pretty straight jazz and Quadrature features Spanish guitar in place of the usual electronic one.

All in all this is an album that, for me, just doesn’t work. There are two or three albums here, not one. I confess to liking Squarepusher best when he’s making straightforward (and breathtaking) electronic music but all Squarepusher fans are aware of his foibles. I’ll still run down to the record shop when the next one comes out, wondering what on earth he’s done this time…