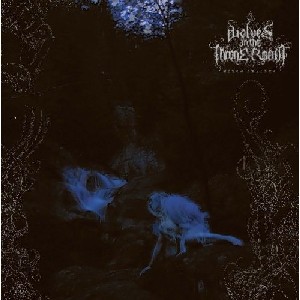 It’s a record which could draw in metal fans who were put off this sub-genre because of its history, as it really displays the true beauty of the music perfectly.

Wolves in the throne room’s Black Cascade is a modern return to the ambient side of Black Metal. With the record they create a natural flowing sound with layers of quick heavy distortion, white noise singing, and high pace drumming with a constant ambient glaze over the top. This glaze is far more subtle than the icy sound of symphonic black metal bands like Emperor, but it is still clearly present putting it aside from the most popular DIY raw sound most associated with the genre through bands like Darkthrone.

Black Cascade finds itself somewhere in the middle of this, a sound which some WITTR fans have described as “pure”. The sort of sound I’m talking about was that which was perfected by Burzum (before Vikeness was imprisoned) on his defining classics If the Light Takes Us In and Philosophme. It’s still a harsh sound, but it has a great atmospheric feel to it without compromising any power, or sounding at all pompous. Black Cascade could in fact be criticised for being a little too like the first (and the heavier) of the two Burzum classics (If the Light Takes Us In), but in doing this, WITTR manage to find a sound so pure, and do the sub genre so much justice that it really doesn’t matter in the slightest that their influences are telling.

Like Burzum, Black Cascade has a good mixture of quick fast tempo stuff with droning intervals – the structure of the songs are carved out perfectly giving an over all dark but earthly sound with constant subtle twists. This is best displayed on the stand out track Wanderer above the Sea of Fog, which would be the perfect soundtrack for a summers walk in a wild forest.

The other songs aren’t far behind, the drones in the epic Ex Cathedra show them at their most ambient, and the progressive chord changes in Ahrimanic Trance is almost Opeth-esque – their ability to tackle different things and their wide range of influences is very evident yet the whole record still manages to feel so together. Black Cascade really is up there with the best of the genre, and the influence it has taken from the early Norwegian scene shows all the best sides of Black Metal as an extreme and far reaching music genre – and leaves behind all the notorious history. It’s a record which could draw in metal fans who were put off this sub-genre because of its history, as it really displays the true beauty of the music perfectly.