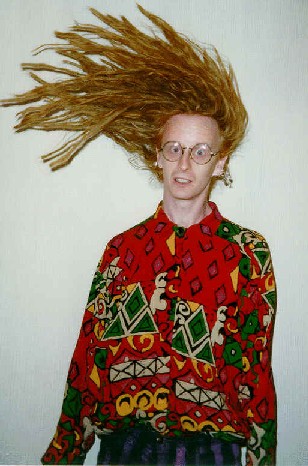 Now imagine, in a parallel, slightly more warped universe, Texan Redneck with a Big Cock would be the soundtrack LP for the Breakfast Club. Think on.

The Def-A-Kators -Texan Redneck with a Big Cock

Incendiary’s LP of the month? Not far off and believe me there’s some strong competition. Strictly speaking this is the best non-released LP of 1996-98, as the tracks all date back to that time. Now, how to describe it… This is alien rock in extremis, (albeit accessible to the point of it being slightly cartoony). Nothing here is being created from an acceptance of anything at all, when placed against even acceptable and credible “independent” music The Def-A-Kators’ LP might as well come from another dimension.

As with all Pumf releases there’s hyperactive, questioning air to the music, music that sometimes wanders into surreal subject matter. Ponk Ist Dood seems to be about shitting on cars as a form of sexual release and the gloriously anthemic A Bedtime Story for Mechanical Owls is some sort of tribute to the Clangers. I think..

The “style” is straight-down-the-line rock, almost on the verge of parody, with cod flourishes drawn from Crass to New Order via the Damned; “big” drum/snare sounds, eighties style.. And then there’s the question of those horse noises in Deliverance… … Now and again it has a heavy garage-band Fall vibe (Impaler) or a monstrously overbearing Glam-Goth vibe that veers uncomfortably towards Billy Idol before running off laughing (Gulag). Or even feisty C86 (Object). But that is in some ways to be expected as anything out of the Pumf stable seems to enjoy monstrous sonic notions…

As I write this, the press marks the passing of director John Hughes, whose soundtracks were so celebrated at the time for their use of independent music… Now imagine, in a parallel, slightly more warped universe, Texan Redneck with a Big Cock would be the soundtrack LP for the Breakfast Club. Think on.