The astonishing bravura of the music is something else, as is the track listing; switching as it does through tempo and moods as if the musicians were casting off one pair of trainers in preference for another. 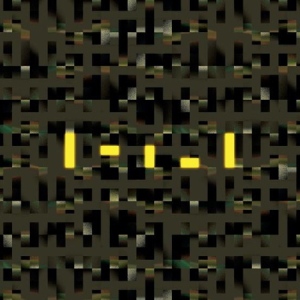 A truly fabulous double CD set celebrating (you guessed it) five years of the Hyperdub organisation, brimful of all sorts of stuff; whether it’s grime, dub-step, jungle & 2step, ambient reflections or synth pop. It’s all here in one form or another.

The first CD starts off in terrific style with the marvellous funeral-march dub (sic – honest!) of Meltdown by King Midas Sound. The pace increases with tracks like Darkstar’s messed-up picture of a new world; Aidy’s Girl’s A Computer eating up all available airspace and sounding remarkably like something Cabaret Voltaire or Throbbing Gristle would have churned out back in the day. Not far behind is Samiyam’s Roller Skates; a strange mix of dreamy Kraftwerkian synths and a thumping (and to these ears unintelligible) rap/rant/complaint, imposing its draconian rules on all and sundry.

The astonishing bravura of the music is something else, as is the track listing; switching as it does through tempo and moods as if the musicians were casting off one pair of trainers in preference for another. Placing menacing slabs of darkness like Burial’s South London Boroughs next to quirky slightly autistic synth work outs such as Kode 9 vs. LD’s Bad and then following up with the fractionalized slurpings of The Bug feat. Warrior Queen’s Money Honey is a bit of a head-fuck for the unprepared. There are some thumping tracks on the second CD, some, like Zomby’s Kaliko very reminiscent in places of the proto-trance experiments on the early 90’s Trans-Europe Xpress compilations.

There are plenty of restful stop off points in the journey, Flying Lotus’ Disco Balls introduces some gentle dub to allow the listener to draw breath on CD one, Samiyam’s beautifully mangled dubstep Return is an oasis on CD two, with the brilliant Joker’s Digidesign being another, drawing as it does on some form of primeval synth sound for inspiration.

If you’re in the mood for a bit of sonic exploration, this is well worth checking out. Clever-funny sleeve notes too.