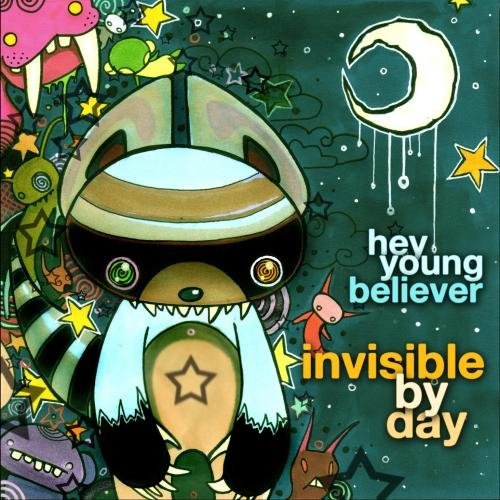 They’ve thrown everything into the mix, good, bad and indifferent.

They’ve thrown everything into the mix, good, bad and indifferent.

Hey Young Believer are a little 3 piece suite from San Francisco and they have a sackful of toe tapping little ditties for you to enjoy. 16 tracks may stink a bit of over confidence in a debut album but you’ll be pleased to know that they don’t outstay their welcome too much. In fact, there’s a lot to like here. Their tunes are very bouncy and very likely to get your toes tapping, if not your heart racing. The guitar work from Alex Neuhausen is particularly pleasing and drummer Nick Shilling sounds like he’s having a blast here, but singer and lyricist Lily Wolfson commands most of your attention and even though she doesn’t have the strongest voice you’ve ever heard, she carries everything off with enough charm to win you over and she does mess around with some mean little piano parts every now and again which are very cool. Together they sound like they’re having a lot of fun, which is infectious and while you may not like every single thing they do, there’s more than enough variety here to choose from.

Invisible by Day provides enough evidence to make me want to hear more from them and it’s got one hell of a cover, which gets them a few bonus points for sure. In the end though, ten well chosen tracks could have made for a more coherent – and stronger – album, but part of the fun in listening to it is that they’ve just thrown everything into the mix, good, bad and indifferent. It’s obvious that they believe in what they’re doing and word has it they’ve just added a second drummer to their line up, which could well make them ever so slightly bonkers and that can’t be a bad thing.

Ultimately, there’s a lot to like here and while I wouldn’t call myself a true believer just yet, there’s enough to suggest that, one day, I might. I just might.