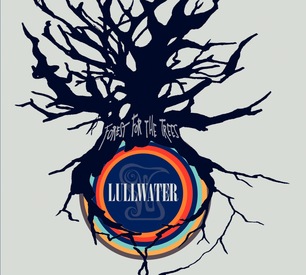 The next Goo Goo Dolls.

The next Goo Goo Dolls.

Lullwater hail from Athens, Georgia and they like to rock, in that kind of inoffensive, let’s make the girls happy way. Which is all well and good, until singer John Strickland decides to do his impression of that scratchy throated guy from Linkin Park who shouts all the time, because then he just ruins everything. You see, when Mr Strickland (isn’t that the bald teacher from Back To The Future?) sings in his normal voice, Lullwater are excellent. In fact, they’re at their best when they go all alt-country, like they do on Whatever Happened. Don’t get me wrong, when they rock out they’re still good, it’s just that when Mr Strickland does that Linkin Park stuff he sounds like he’s putting that voice on and he doesn’t need to. His original voice is better. I’ll admit that it could well be me and me alone that has a problem with his voice but you’ll have to take my word for it for now. There’s no denying, however, that in Low they’ve created a torch song so incredibly catchy that you can imagine thousands of cameraphones waving around in the darkness to it. Honestly, this song could make them the next Goo Goo Dolls, so expect to hear it on the soundtrack of every melodramatic TV programme made in the US next year. If they play their cards right though, they could be a lot better than that. Whatever they do next will be interesting to see but for now, Lullwater’s Forest For The Trees is an EP well worth taking a punt on.