It’s a long time I heard any band so wound up and truculent, to be honest.

It’s a long time I heard any band so wound up and truculent, to be honest. 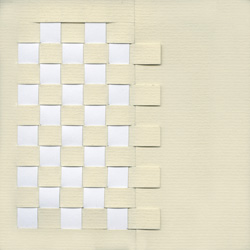 Oh my word, you need to own this EP. I picked it up after being blown away by them in Leiden’s SUB071, and unlike many post-gig purchases, Quel Gargantua! did not disappoint. It’s a noisy release, and it doesn’t really let up over the four songs. The opener Porlock is a masterful slab of abstract guitar riffing and subdued, angry vocals, and the song struts around like it owns the place… Next up is DDT’d which is a manic blast of tremolo, treated keys and uber-mechanical chord changes. It’s tremendous stuff. Miniature Matadors is another slice of angry metal abstraction.

It’s a long time I heard any band so wound up and truculent, to be honest. Just check out last track MonoTone, which is a fabulous monochrome rant. As long as this anger doesn’t become their sole trademark… As for now, it’s of no consequence; their songs are strong and the construction is rugged enough for the band to throw sonic shapes with abandon.