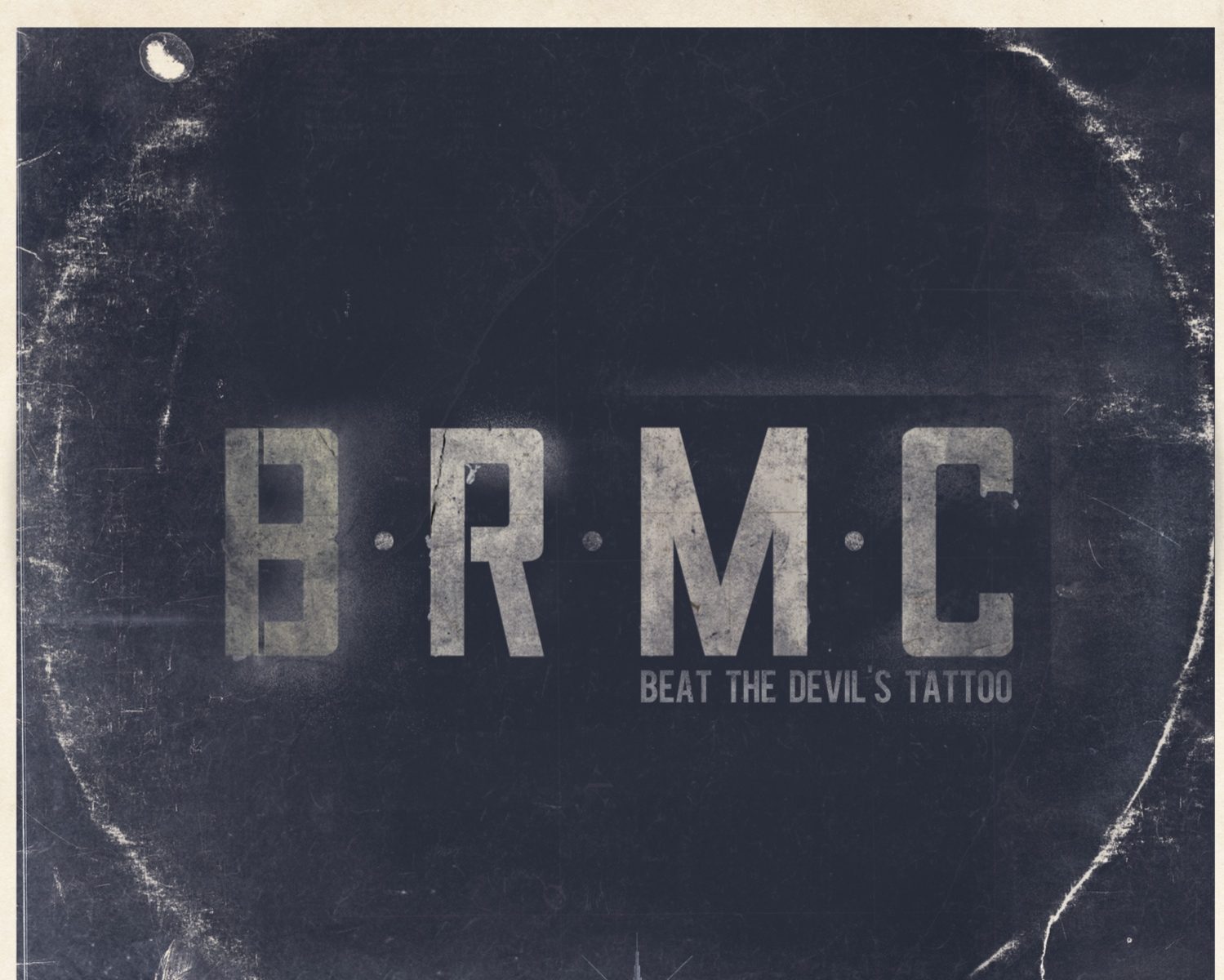 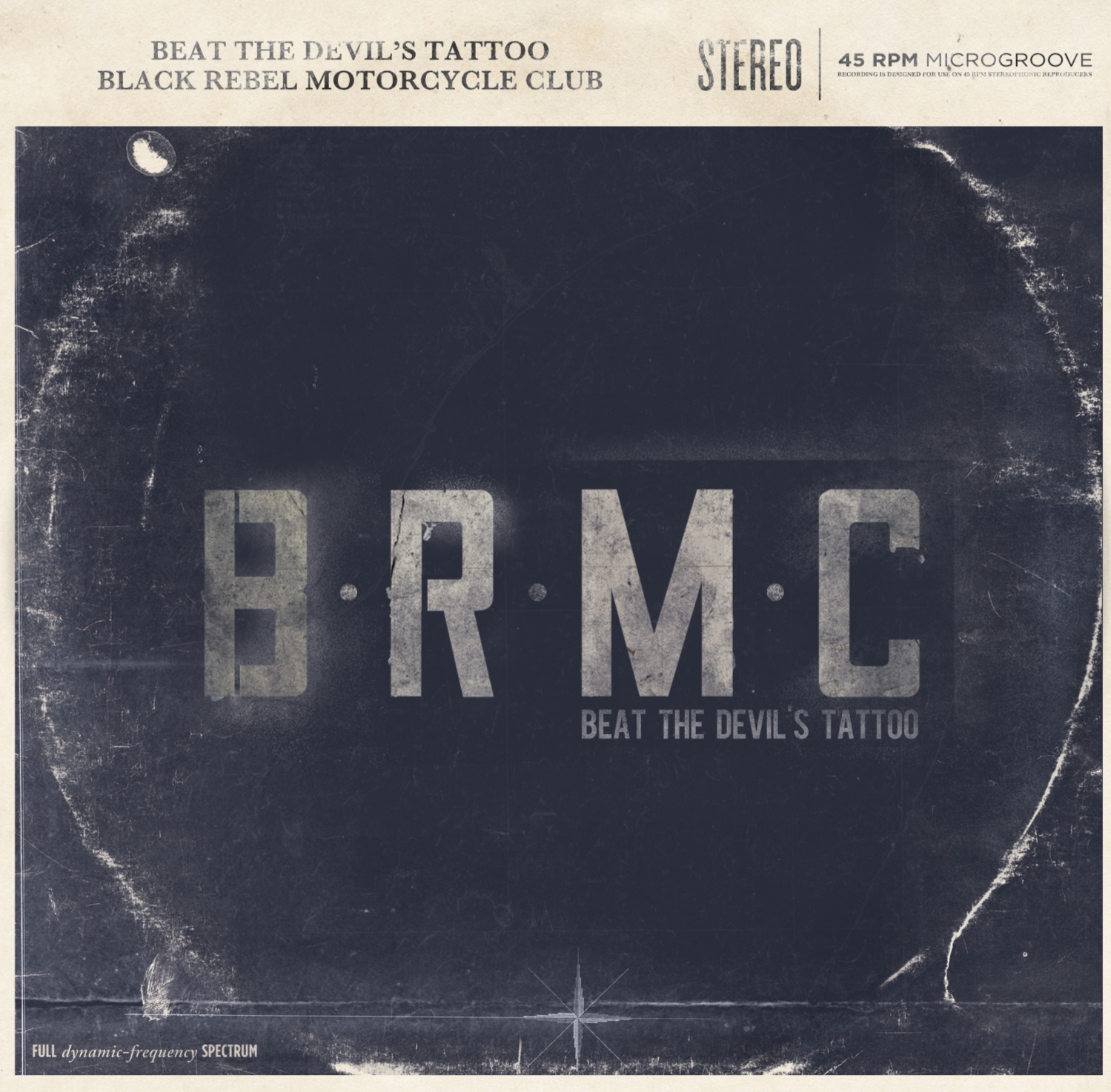 I don’t know when it was exactly that I pretty much forgot all about B.R.M.C. but I think it was around half way through watching them play a show at the Melkweg in support of their debut album that I figured out I was getting bored of them. I’ve always felt they were pretty overrated but, I have to be honest here, Beat The Devil’s Tattoo almost changed my mind. In fact, the opening three songs are pretty bloody good indeed, especially the monumental Bad Blood which takes their blue rock blueprint and makes something memorable out of it but then sadly things start to falter once again. I’d love to tell you that War Machine was good but I’m always running off to the kitchen to find something to drink when it gets half way through. Sweet Feeling may be earnest and well meaning but it’s about as stimulating as doing your tax returns and frankly it outstays its welcome well before it’s three and a half minutes are up.
Evol is better in that the drum beat tub thumbs you back to life somewhat but it gets itself into a boring, seemingly never ending, loop very quickly and doesn’t really take you anywhere when you wish they’d just shake things up a bit. If you’re stoned a lot, this will work wonders for you because it’s spacey, sleazy and totally inoffensive but for the rest of us it just goes on for about a week and a half too long before it ever gets round to doing anything interesting and by then it’s way too late to care.
B.R.M.C. have a blueprint to their sound and they stick to it like it’s the only book they’ve ever read for inspiration, which would be fine if they ever they at least explored it a little. Mama Taught Me Better does get your pulse racing, which is pleasing enough, but it never really gets out of second gear. Expect to hear it on the radio any day now along with a shorter edit of the rather catchy Shadow’s Keeper, which is the kind of sleazy pop song you wish they wrote a lot more of. It sounds a bit like Mansun, which isn’t entirely a bad thing and at least they wig out a bit towards the end. Although you can expect that to be the part that’s cut for the radio. Also, is it weird that the longest song on here  (Half-State) is actually the most interesting? Probably not. With almost ten and a half minutes to play with the lads mess around quite a bit and although it never really shifts tempo it at least changes mood every now and again. It may not be the most innovative tune in the world (this is B.R.M.C after all!) but it certainly does its job well and it’s the one track here that I’d really like hear played live. Unfortunately, I’d probably have to wade through an hour of all the other stuff to get to it and I’m not sure I’m ready for that.
There’s enough in Beat The Devil’s Tattoo to make me think that deep down there’s a band I really want to like, which is frustrating because that’s how I felt with their debut album and nothing seems to have changed. When they’re good they’re still good but when they’re bad they’re so bloody one dimensional that I find myself hitting the fast forward button with unwelcome regularity.  At the end of the day, if you’re a B.R.M.C. fan already, this will tickle your fancy quite nicely I’m sure but the rest of us will still find it pretty hard to give a toss about them.
They’re still preaching to the converted with this one I’m afraid.