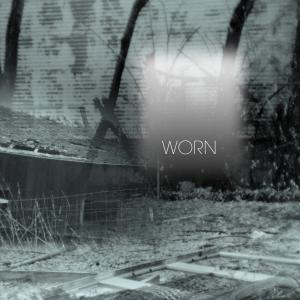 Six tracks of ethereal, haunting beauty from Common Eider King Eider, a band that highlights a number of underground talents, most notably that of Rob Fisk. As with a lot of Fisk’s work (Badgerlore, Deerhoof) there’s the feeling of the music summoning up vast untamed tracts of wilderness, the unfathomable deep of the lakes or endless forests, or the sheer violence of nature that can catch one completely unawares.

The Rabbits will Come Again is a brooding opener, one that slowly builds up using soft vocal phrases and increasingly harsh slices of screeching guitar before it disappears suddenly. When We Sewed Skins starts off funnily enough, (and no this is not the most appropriate comparison, granted), like Autobahn’s spooky bit, Mitternacht… funnily enough one of three LP’s this month that remind me forcibly of this track… After a while of plodding around in this vein the track adds delayed vocals which build up like some kind of monkish chant. As if in response the plodding bass gains a great deal of echo and starts to regain the ascendancy, but any territorial rights the bass part might have had are completely erased by an avalanche of guitar screech, which nails the track down till its end. It’s bloody marvellous. Then we have Ennui, which, true to CEKE form starts off as if it is coming out of the mists. The vocals are even more ghostly (if that were possible) and before you can register the song at all, it’s disappeared back onto the gloaming.

A fuzz/reverb/delay drenched guitar (sorry I never recognise the sounds of these pedals, poor show I know) builds up an ethereal chant to begin & basically carry the first three minutes of They Want to Dig For Gold, But All They Will Find Is Blood, before a screeching guitar attack smothers all in its path. The end sees a viola/guitar tail out not to dissimilar to the Bunnymen’s Broke My Neck. The most surprising track is Puppies, both in terms of introduction and in terms of texture, all is light and airy and somewhat sparky after what has gone before. It’s still reflective melancholy music though and still fades out of your consciousness before you’ve had time to register. Last up we have Earth Liver, which is as quiet and as unobtrusive as a mouse.

A remarkable LP, one for a reflective winter’s evening.