There’s nothing half arsed about this album

There’s nothing half arsed about this album 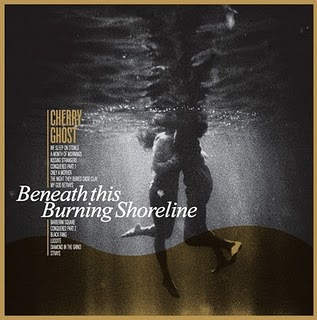 Does anyone remember when people used to say that Coldplay sounded like Radiohead? I do, although I never understood it. I’ve also heard people (some quite trusted friends of mine) tell me that Cherry Ghost sound like Coldplay and, while I can understand this comparison slightly more than that previous one, I don’t agree at all. They’re better than that. For starters, I’ve listened to this album on a number of occasions and a) I’ve never pressed fast forward and, more importantly, b) I’ve managed to listen to it in its entirety without wanting to vomit.
Yes they’re earnest and yes, they’re a bit full of themselves but don’t suggest for a moment that that’s an insult and a reason to ignore them. Cherry Ghost reach for the stars with every song and whether or not they get there is beside the point, at least they’re trying. There’s nothing half arsed about this album. At times it’s as lushly arranged as a Richard Hawley album and that should be reason alone for you to give this a shout. Stick your Coldplay references up your arse. Throw your Bunnymen-lite nonsense out the window and just listen, truly listen. You may well be surprised with what you hear.
I’m a Cherry Ghost fan and I don’t care what you think. If you take that chip off your shoulder, you may well be too.