everything you could ever want from a pop rock album

everything you could ever want from a pop rock album 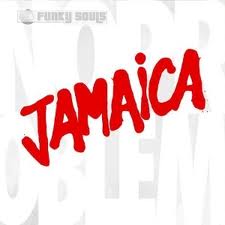 Up for a boogie? No? Then you’d better get the hell out of here because Jamaica have arrived and they aren’t reggae fans. Well, they may be but they don’t play it. They don’t play ragga either and, although they may go down well in the kind of place some old folks may call a Dance Hall, they ain’t following no Caribbean musical recipe. This Jamaica play pop of the danciest order and that’s about it. There are guitars, keyboards, drum machines and vocals but you won’t give a monkeys about any of it because you’ll just be throwing shapes around the living room and moving your wobbly behind in time to the beat, as it were.
No Problem is as infectious as a dose of smallpox, as sugar coated as a children’s birthday party menu and its songs are so big and bouncy that they feel like they’re bursting out of your speakers. It’s the kind of album that just sounds cool, without you having any idea as to how or why that is, and so ridiculously entertaining that it’s enough to make you go out and turn yourself into a ridiculous fashion statement.  If you’re dancing to this in a nightclub, you could wrap yourself in tin foil, drape yourself in a red cape and paint your face with fluorescent colours and still look like the coolest mother lover under spotlights. Of course, when you’re standing in line line waiting for a taxi you’ll look like an absolute tit, but it’ll probably have been worth it.
Overwrought, over the top and oh so bloody full of itself, Jamaica’s No Problem is everything you could ever want from a pop rock album. It’s like finding yourself at a party soundtracked by the Scissor Sisters’ less camp siblings and somebody’s just poured you a large vodka red bull. It’s time to let loose.  Go wild.