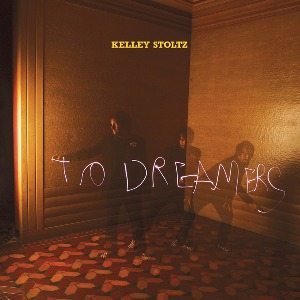 Another great record from Kelley Stoltz, maybe a little softer in parts than the grooveathon that was Circular Sounds, (the clue’s in the LP title we guess), but still packed with affirmative, fizzy pop with nods to the cool stuff from days of yore (most notably Nuggets-style garage and the Erics scene of  late 70’s Liverpool).

Stoltz has developed a nice line in brisk, confident tunes that are there primarily to entertain through a crystal clear melody. It sounds like the ultimate naff/lazy journalistic accolade, (and naturally, I don’t wish it to sound as such) but I find it impossible not to sing along to his LP’s the same way I can yell along to Guided by Voices, Divine Comedy or Beatles numbers . The deeper stuff is there if you want to dig: tracks like Fire Escape and I Remember, You Were Wild might be buoyed by sharp guitar lines and delineated by a clear sentiment but there’s always a reflective payoff, usually triggered by a great middle eight or a dreamy interlude amidships. Rock & Roll With Me and the ultra-sixties tub thumper I Don’t Get That are two such, and the swirling Keeping the Flame is a marvelous example of allowing a melodic riff just a little bit of space. Sometimes his message is simple to the point of disingenuousness: I Like, I Like sounds exactly like the title (the GBV link I mentioned earlier has a parallel here with the ultra-repetitive Glad Girls).

Stoltz’s “core” talent (for us at any rate, however), is his consummate skill in writing melancholy pop: Pinecone and Ventriloquist are brilliant soliloquies and have bags of gentle charm to come to the listener’s aid. August is almost in Brian Wilson territory (Caroline No springs immediately to mind) such is its saccharine regret and Bottle Up is a great rueful lament that somehow manages to look at the kerb from its position in the gutter…

Anyway,  To Dreamers is a great listen and a definite guilty pleasure for the Calvinists who inhabit the world of alternative music.