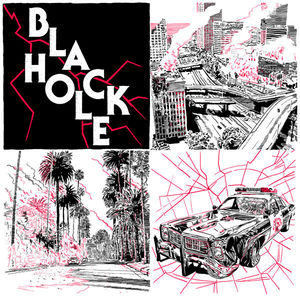 A brilliant compilation by punk journalist Jon Savavge, packed with 26 tracks of punk goodness. Really, if you want a record full of wit vision and energy that makes you sit up and listen, then this is the one for you.

Savage’s argument is that a lot of great music outside the UK got completely overlooked, due mainly to the usual parochial nonsense spouted by the British music press: namely anyone doing anything remotely creative outside of certain London boroughs – or ‘acceptable’ Northern industrial centres – just couldn’t really be good enough, could they? Jon Savage noticed this back when he returned from California to London back in the late seventies and experienced complete apathy as regards the sounds he championed. It’s an attitude that preceded Savage, (the name “Krautrock” being a classic example of lazy Journalese), and one that carries on to this day sadly, and is (in my humble opinion) why so many second rate bands come out of the London…  With hindsight it’s clear that punk (like other seminal movements)  was always driven & sustained by the provinces and far flung outposts, if you don’t believe me just listen to stuff like the Inner City Sound or Local Anesthetic compilations.

There’s a great level of diversity on this record that backs Savage’s polemic. You get slow tracks, hints of rockabilly and glam (The Alleycats) folksy hints and downright cussedness. The Screamers contribute to the latter idiom with the sludgy classic Peer Pressure, which finally decides to kick into top gear after rolling slothfully around with only some gloopy synths for company. Crime’s (aptly named) Murder by Guitar also begins its life as a grumbling slowie before falling to pieces in a sub-Faces informed bar room chase. And The Aurora Pushups’ brilliant folk whisper that is named Victims of Terrorism is worth your purchase money alone.

There are some tremendously upbeat records too: The Avengers give the brilliant The American in Me and We Are the One: driving up tempo power pop with the kind of über simple message that sometimes, (given time and circumstance) really hit home. And Consumers thump out Anti Anti Anti which sounds at times like a speeded up Monks Black Monk Theme. Politics is of course taken care of by Dead Kennedys, (we get California Über Alles) and tracks like Media Blitz, but the record is strewn with stories of boredom, decay and run-ins with the police: The Random’s stomp A-B-C-D, The Weirdo’s anthem Solitary Confinement and the bingomaster-breakout-workout of Black Randy and the Metro Squad’s Trouble at the Cup are symptomatic of this.

Frankly there’s so much energy in this record, and so many angles to consider, I could sit and wax lyrical all day about it. It does make you wonder just when music will get such a concerted kick up the backside again?