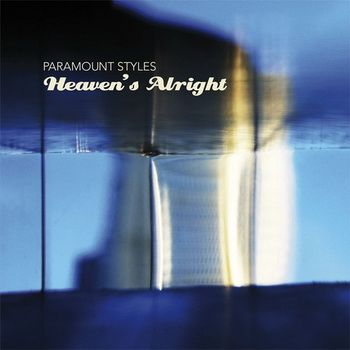 I find a lot to admire in Heaven’s Alright but I’d be stretching the truth if I said I found a lot to love. Scott McCloud creates the kind of well meaning, radio friendly indie rock tunes that flow in steady streams across the Atlantic from the US of A. The kind of tracks you normally hear in the background of a TV show, or an advert. Undeniably pleasant and well crafted, Heaven’s Alright is packed to the brim with a bunch of well played, well crafted and well sung songs. There’s even the occasional cello and grand piano part to add a touch of class but sadly I find myself losing interest in the songs too easily. There’s no denying that The Greatest has the kind of anthemic tune and structure to make it a bonafide hit, but I find it nothing more than mildly distracting and totally unmemorable. White Palaces is the kind of song Pete Yorn writes so well and it tries its absolute hardest to make an impression but I find the production of it too shiny for my liking and can’t help feeling that there’s something missing. I don’t know what exactly, but it does not grab me in the way I think they want it, or expect it to.

I don’t want to sound too hard on this album because there is, genuinely, a lot to like here (The Girls of Prague especially) but at the end of the day I can’t quite shake the belief that, although they make a pretty big sound, they don’t really have a lot to say. It feels churlish to say that they should try harder, because it’s obvious that there’s a lot of time, effort and craft gone into this and I certainly wouldn’t suggest you dismiss this album immediately.

There’s certainly enough going on here to satisfy a lot of listeners, it just so happens that I’m not one of them.