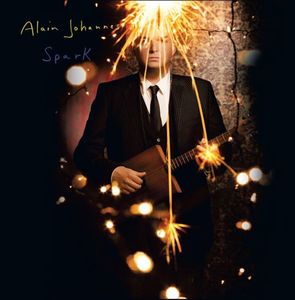 A fine release, (written as a memorial to, and celebration of, Alain Johanes’s late wife), Spark is a short, punchy, and emotional record, sometimes almost too pugnacious. The songs are brilliantly executed, and you feel at times that there doesn’t seem to be much room for reflection; maybe this is deliberate.

The fervour with which early tracks like Endless Eyes and Return to You are played seems to belie a determination not to crack or not to admit defeat. It’s not a record to mope to, and the quality of the song-writing is a major factor in this. It’s poppy, accessible, even when, as with Spider, or The Bleeding Whole, the subject matter is not the most cheerful. Gentle Ghosts is a stellar pop song that has a nagging, catchy melody (and the wailing counterpoint also has an air of the Hitchhiker’s Guide to the Galaxy radio theme tune about it too), so much so that I could say that  it treads prime time Scott Walker territory.

There’s also an observational quality to the songs themselves, even when they hint at the grandiose, (Speechless has a feel at times of Moriconne’s vibe and The Bleeding Whole is a dirge par excellence), they are essentially dispassionate and wry in flavour; observing moments and thoughts with a clarity that is hard to ignore. Make God Jealous is as razor-sharp a work out as you can get, arid as the desert.

It’s a same this record is so short. Don’t miss giving this a listen.