I think it’s fair to say this album is a collection of loner music, made from the margins.

I think it’s fair to say this album is a collection of loner music, made from the margins. 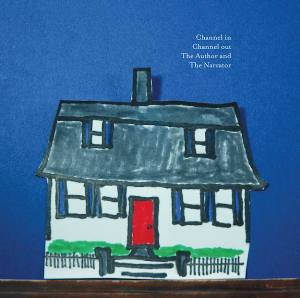 This record took some time to get into. I don’t know why, maybe the fact that this kind of singer songwriter stuff doesn’t get released on a label like Karaoke Kalk. The Author and the Narrator possesses a vibe that is edgy, timid, and at times quietly perverse. Take the lyrics in Calculate The Surveillance. Marcus Cotton, (the brains behind all of this), correctly surmises that repeating the line “You are under surveillance” enough times will create a sense of unease in the listener. And as if that wasn’t enough, he decides that all this paranoia should be presented over a fractured, jumble of keys and electronic wibbles and blurps. It becomes mildly disturbing to say the least.

I think it’s fair to say this album is a collection of loner music, made from the margins. Or at least it aspires to be: there’s a feel of Syd, a bit of Robyn Hitchcock, a smidgeon of Julian Cope. Invalid Entry and The Enchanting World could be a Fried –era Cope track with the “little boy lost” vocal lines and woozy backdrop. Whether the guy takes acid or not, he’s certainly looking to invoke the spirits of certain psychedelic troubadours in his acoustic, and lo fi electric incantations.  There’s also a nod to strange acts like John Maus (one man and his keyboard against a cruel world) in tracks like A Modulating Perception and I’m Pondering a Number Between 1 and 10… And quite weirdly (well, I find it quiet weird, even if you don’t), I started thinking of Van der Graaf Generator when listening to Affirmation Confirmation.  I really don’t know why…

A peculiar and at times arresting release, it’s never an easy listen, even with beautiful stabs of music like Them Embedded Company Claws. I think that’s because The Author and the Narrator doesn’t look to please anyone, without at any point being offensive or “wilfully difficult”. It’s not a record for “straights”, man… that’s for certain.