This is NOT the only experimental electronic LP to be inspired by Todmorden this year, curiously enough. What’s going on?

This is NOT the only experimental electronic LP to be inspired by Todmorden this year, curiously enough. What’s going on? 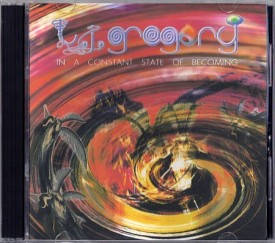 Well this is an interesting release: though I warn you, it’s a release that relies pretty much exclusively on the interplay of texture and mood at the expense of melody. In short there aren’t any traditional tunes to speak of on this record – outside of Alien Metals. That shouldn’t put you off. The opener March of the Fire Beast is a spacious pulse of a track, starting off like Pale Gallery off Amon Düül 2’s Yeti but, via a series of blurts, fizzes and zings settles down into a quiet meditative stroll around the estate. The track highlights something that is prevalent throughout this LP: a marked reliance on that adhesive, structural quality that even the most abrasive or dissonant percussive sound can bring to music.

This spiky, percussive feel is possibly best heard with Dream Machine, which somehow welds a rudimentary, gawky melody line to some thumps and contrasting this with some spacious floating synth stabs. There are some daft bits too: Angry Troll bash the Little Pixies sounds like a PC game played in Hobbiton. And Metallic Bonding – when it’s not indulging in an electronic version of playing the spoons – sounds like a drunken washing machine staggering down Morecambe promenade.

But enough flippancy. Apparently inspired by the East Lancashire / Lancs/Yorks border countryside* there is a sense of summoning old and maybe extra-terrestrial spirits to aid the Muse. As well as digging successfully into that landscape; (having lived a considerable proportion of my life there, I can attest that the power the quiet tracks have on this record to summon up images of the Pendle and Pennine areas is a strong one), the record also seems to conjure up every experimental Kraut reference I can think of: Popol Vuh, T-Dream, the two Connys: (Schniztler and Plank), Kluster, as well as AD2 and Organisation. Which can only be a good thing: as the LP is never less inventive and positive in outlook. Best is saved till last: the title track makes a hell of a racket, what sounds like a thunderstorm suddenly starts to sound like a spaceship and then a laboratory, (or a dishwasher, take your pick). This is, of course, lots of fun to listen to, if you’re in the mood.

I like this a lot. But remember, no tunes.

*This is NOT the only experimental electronic LP to be inspired by Todmorden this year, curiously enough. What’s going on?

**PPS: Incendiary received this missive from Mr Gregory shortly after we published the article. Who says reviewers make it up? we quote… “..the music was created using processed natural/unnatural sounds and electronics; often the sounds sound like synths but aren’t: the washing machine sounds on Metallic Bonding are actually from a washing machine! And the drums on Primordial Soup were created using recordings of hail stones and pop corn.”