…over the course of the ten tracks there are enough curveballs and surprise elements to lift them above the twee-core morass.

…over the course of the ten tracks there are enough curveballs and surprise elements to lift them above the twee-core morass. 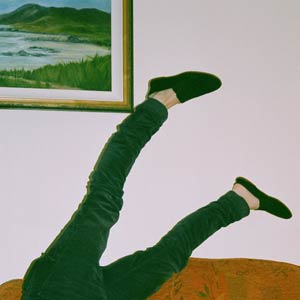 It would have been tempting for Domino in bringing together Long Islanders Twin Sister’s two previous EPs into a single release to have put them out as a one disc. Wisely they have chosen to present them as, well, twins. The recording of the two were seperated by two years and whilst they are cut of similar cloth there are enough differences between them to make the two disc approach the better choice. On the face of it they fit into a long line of somewhat fey indie kids. However over the course of the ten tracks there are enough curveballs and surprise elements to lift them above the twee-core morass.

Given that it was produced shortly after the band came into existence it shouldn’t be too suprising that the earlier effort (the previosuly internet only Vampires with Dreaming Kids) is the more uneven. Arguably the strongest and weakest tracks from across the two discs are here and, moreover, they are sandwiched together. Ginger follows on beautifully from opener Dry Hump both tracks harnessing Andrea Estrella’s dreamily sultry vocals to a darkly sweet pop. An ethereal beauty is married to some cutting lyrics such as ‘Ginger kids can be nothing but violent’. ‘Nectarine’  which immediately follows is a pleasant enough exercise in folk-pop, but suffers from the choice to largely eschew Estrella’s languid delivery in favour of one of her male band-mates’ voices.  Thankfully the set is rounded off in fine style with I Want A House putting the band back on the firmer foundations laid down in the EPs opening pair.

Somewhat paradoxically Color Your Life manages to be more eclectic than it’s predecessor whilst maintaining a greater degree of coherence across the piece. On All Around and Away We Go the band somehow construct a laid-back disco song. The brand of disco is thankfully rather more reminiscent of the better end of that particular musical spectrum (think Donna Summer rather than Baccara) and results in something of a pop-gem. Not only do they pull it off, but it doesn’t actually feel incongrous amongst the company of the rather less immediate The Other Side of Your Face. That track, along with Lady Daydream, whilst fitting with the material of the first disc, adds layers of complexity and intrigue to the mix. The increasing complexity is shown even more so on penultimate track Galaxy Plateau. In the instrumental elements of funk, dream pop and folk veer in an out of each other. At first listen the track feels a little out of place, until you realise that it really serves as an extended intro to the closing number Phenomenoms, which strips back on some of the complexity whilst maintaining the fantastic sense of melody that the band demonstrate throughout.