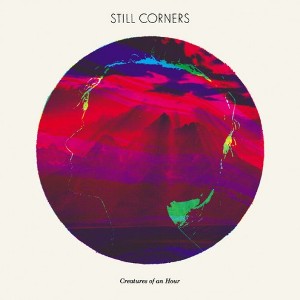 Magnificently moody, ethereal, accessible… this is a great pop record.

It’s head over heels in love with sound as a quality in itself: and manages to balance incredibly rich textures and conceits in the most simple and accessible structures. Each track has some different nuance that presents itself to the listener: such as the rumbling bass lines on Circulars, content to mark time while the noise builds up. Endless Summer mixes elements of T Dream (it’s that rising moog sound reminding this old git of passages off Alpha Centauri) and some sixties dream pop. The vocal are ridiculously breathy. The creation of a Kingdom of Faery, pop-style, is the aim here I have no doubt.

Tracks like Into The Trees and The Twighlight Hour have a moody vibe about them, drawing attitudes from eighties alternative pop and seventies goth/folk fantasy, whilst wrapping them up in the finest sonic silks and satins. It’s an incredibly lush sound, and really brings to mind lost eighties / nineties band The Heartthrobs. The White Season, for its part, goes all gauche on us courtesy of a plinky plonky, kiddies keyboard riff. Though I feel the song’s agenda isn’t as simple as it initially makes out.

And the music often hints at darker moments: I Wrote in Blood and Demons, despite being as smooth as certain brands of chocolate do have a creepy quality. It’s a kind of mid-European, medieval  fantasy, conjuring up figures like Sandman or films like Valerie & Her Week of Wonders. But it isn’t a record to wallow in darkness for too long: Velveteen sounds like its title, and Submarine lifts the temperature with great throbbing bass lines and rumbling guitar licks.