a strange and rather beautiful concoction

a strange and rather beautiful concoction 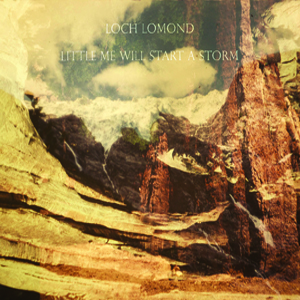 Here we have a strange and rather beautiful concoction. Mix two parts math rock with a pint and a half of traditional British Folk music and have it all played by a bunch of young Americans. Alternatively, imagine if Belle and Sebastian joined forces with Foals and Joby Talbot, the man behind most of The Divine Comedy’s arrangements, to create an album. Confused yet? You might well be. Still, the result is more important than the recipe and here, the result is undeniably pretty.

The first half of the album is rather excellent actually, mixing folk rock traditions and math rock time structures with great aplomb. Blue Lead Fences and Elephants & Little Girls are so dramatic in structure and style that they simply demand your attention. You may wonder where the hell it’s all headed but you’ll be happy enough to stay for the ride. The sonic landscapes this band create are quite picturesque I must say but sadly the tone becomes a lot more melodramatic and po-faced as the album continues.

Little Me Will Start A Storm casts one hell of a spell to begin with but the magic dust fades away slightly before the end and what you’re left with is something rather beautiful and attractive but not quite loveable. At the beginning you may find yourself smiling at just how clever and beautiful the arrangements are but by the end you could well find yourself staring at the speakers during Alice Has Left With Stockings And Earrings thinking, “What the bloody hell is this all about?”

Then again, at least you’ll be left thinking about it. And that’s something in itself, isn’t it?