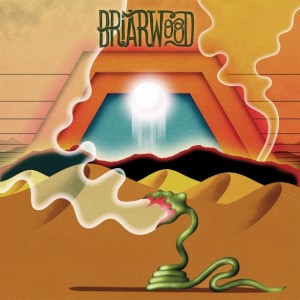 I find listening to this album akin to drinking a full bottle of bourbon whiskey in about 45 minutes. It all starts off very well. In fact, it tastes rather lovely to begin with but very quickly the sweetness turns to bitterness, my mood swings dramatically about half way through and by the end of it I feel rather sick of it and feel the need to start shouting a lot. Drinking a bottle of whiskey in forty five minutes isn’t something I can wholeheartedly recommend to you, especially not without a mixer, and that’s precisely the problem with this album.

If you were to take out any particular track from this record, save the closing The DNR Waltz, which should never have seen the light of day, then you’ll find something well crated, well played and rather pleasant to listen to.  WW&TBV play the kind of mournful, regretful, soul sopping Americana that I absolutely love – and fans of Lambchop in particular will embrace quite heartily I would imagine – and they play it very well. Opener Winter in Kentucky is simply excellent for example and there are moments; usually when the band just get their heads down and start rocking out, that they are quite wonderful.

The problem I have is that they very quickly over egg the pudding on a number of occasions with silly, exaggerated pronunciation of words (Blanket becomes bla-hahn-ke-he-he-et, away becomes awa-hay-eeeeeeeee and so on.) and some utterly ridiculous random vowel sounds (see The DNR Waltz again for details, if you’re foolish enough to dare). I’ll admit that singer James Jackson Toth has the vocal stylings well suited to this kind of material but I get the impression that he likes the sound of his own voice far more than any of his fans do, which is a fault. There’s no other reason on Earth for anybody to indulge in the kind of la la la nonsense contained within The DNR Waltz. Seriously, I can’t let this go, he practically twists the English language into some kind of elongated whine that is wholly unsettling. At times the song feels like you’re listening to a warped cassette tape.

Honestly though, if you remove the final song from this record you’ll have something that is far less annoying but you’ll still be left with eight musical adaptations of the same recipe. The recipe may be quite tasty but it could do with freshening up once in a while. Drinking bourbon neat is fine in moderation but if you want to drink a lot of it, mix it up a little. It keeps the nausea at bay.

You can mix mine with ginger ale, if you like.