This album twiddles and tweaks some of Damien Jurado’s methods, enough to excite fans without them recoiling in horror at first listen.

This album twiddles and tweaks some of Damien Jurado’s methods, enough to excite fans without them recoiling in horror at first listen. 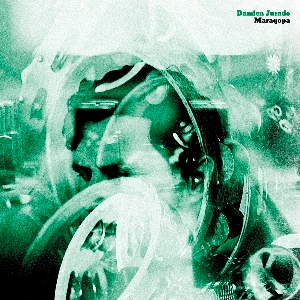 We all know that age old saying ‘don’t let a good thing pass you by’ and it seems Damien Jurado’s good thing is producer, Richard Swift. Back in 2010 the pair created Jurado’s stand out album Saint Bartlett. Swift loosened the fifteen-year old restraints of Jurado’s folk-rock mould creating a new buzz by introducing depth and experimental sounds to the record. So returning to work on tenth full-length album; Maraqopa seemed a natural reunion and resulted in an album scaling the boundaries of creativity without jumping the fence.

Nothing is the News is the first single from the album and an obvious flee from Jurado’s past sounds. Beginning with chilled Nick Drake-esque guitar strums before launching into 70’s psychedelia in a trippy, bustling mash of guitar licks and keys. But the tracks that follow don’t obey the opener’s unruly approach. Instead the album hones in on carefully considered sounds and rebuilds on Jurado’s already firm foundations as a song writer.

The unusual addition of a children’s choir on Life Away from the Garden combined with twinkly synth and twee melodies from a xylophone, on paper, would seem sickly sweet. But the choir’s repetition of Jurado’s lyrics is eerie and hollow. Ending in a chant of ‘all of us light, all of us free’ will ring through your ears long after the song has ended.

The album encases a sense of wild restraint with a blend of spiritual folk, controlled ambience and atmospheric sounds. Everyone a Star creates an intergalactic scene of calm with shimmering notes and infinite echoes. But Swift’s not quick to dismay the depth of Jurado’s natural talent, Museum of Flight toys with his full bodied vocals layered with 80’s synth pop.

This album twiddles and tweaks some of Damien Jurado’s methods, enough to excite fans without them recoiling in horror at first listen. This is a contemplative record; chiming electronic bleets and the steady pluck of a guitar create a feel of space, peace and going nowhere fast. Jurado isn’t turning a corner with Maraqopa, but does change gear, and we’re enjoying the ride.