Perhaps a woman’s touch should never be underestimated? Lesson learned.

Perhaps a woman’s touch should never be underestimated? Lesson learned. 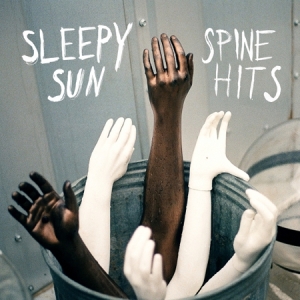 Listen to Sleepy Sun’s third album; Spine Hits, and you’ll notice something’s missing. The band is out to prove their worth without singer Rachel Fannan, who left during their tour in 2010. Losing her complimentary soulful support, Sleepy Sun have stepped back from their heavy ‘stoner’ roots to a softer psychedelia.

Sleepy Sun were an all-male band back in the day, and seemingly unaffected by Fannan’s absence they’re now referring to themselves as “the band of brothers” once again. Supposedly this third album was a chance to recapture nostalgia with the bonus of experience.

Trippy opener Stivey Pond is our first chance to hear Sleepy Sun’s new beginning. A song knotted together with scuzzy power chords and Bret Constantino’s gravelly, but lonely vocals begin a new toned-down approach for the band. She Rex, a song about narcissism, is a plunge into Brit Pop for the California boys. Drenched in anthemic guitar riffs, Constantino breaks off into unchartered territory to scale sleepy high notes. Spine Hits is a pensive album, and unlike previous records, exchanges epic, time-heavy tunes for wistful, commercially acceptable nuggets. This new direction has formed an album with a steady flow of solid, but sadly, forgettable tracks. Yellow End has an inoffensive happy 60’s influence before blurring into power chords and hazy laidback strums. Deep War is chilling with creeping taps nestled between long grimy notes that blurt into handclaps. Recorded in the Californian high desert, V.O.G sees Sleepy Sun edge to Queens of the Stone Age with similar dirty guitar licks, scraping the top notes and a low hum of bass kicking the dust below.

The edge they punched with their other albums has been replaced by a poke into a psychedelic hollow. Spine Hits is a solid and polished album but also less adventurous, reverting to rock 101 formulas. Perhaps a woman’s touch should never be underestimated? Lesson learned.