exactly what you want from this kind of thing

exactly what you want from this kind of thing 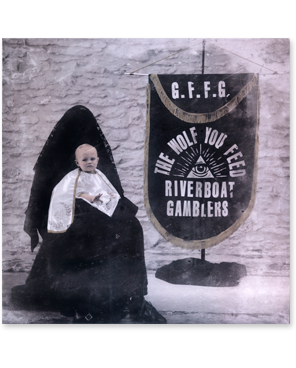 This is a lot of fun. Scuzzy, punky, rock and roll – as anyone familiar with the Riverboat Gamblers would expect. There’s nothing remotely clever going on here, just a bunch of guys making a bit of a racket in the same way they used to in a garage way ‘back in the day’. The band refuse to get old and their sound refuses to alter but what the hell? There’s a lot to get you bouncing up and down to and that’s exactly what you want from this kind of thing.

The band know what they’re doing – although Gallows Bird steps over the five minute mark, which is kind of sacrilegious for this kind of material – and if you’re in the mood for some high energy rock and roll, then look no further.

It may not break new ground, in any way, shape or form, but it’ll sound absolutely fantastic in a dark, sticky nightclub and if nothing else, it’ll make the Jack and Coke go down very nicely indeed. Now then, everybody! 1234, 1234……