The olive oil, the holy water, the milk in the goat’s horn are all part of a ritual to protect me and the musicians on stage from going insane, some of sort of African voodoo I don’t believe in.

The olive oil, the holy water, the milk in the goat’s horn are all part of a ritual to protect me and the musicians on stage from going insane, some of sort of African voodoo I don’t believe in. 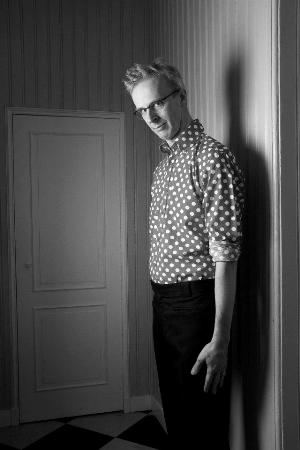 It’s been a hell of a year for Wally van Middendorp, Minny Pops, and a whole host of related concerns and people here in Holland. Vinyl magazine, the punk exhibition in Utrecht, Lebowski Publishers, the venues such as WORM, TAC and Extrapool.. everyone’s been wrapped up in the fun to a certain extent. Behind a lot of this, if not always in person but certainly in spirit and direction, was Wally. An interesting character, Wally’s very much his own man but always happy to pitch into matters – the “grote roerganger” as one old Ultra colleague put it. Getting Minny Pops back on the road in the UK and overseeing the ULTRA in March has meant a lot of other opportunities coming the band’s way including a cracking new single and playing in front of a crowd of unhappy, baying metal heads. Given Incendiary’s involvement in this whole Minny Pops / Ultra thing this last 18 months, the interview feels a bit like a catharsis, a suitable ending for us. But knowing Wally I very much doubt this will be the case…

IN: Wally: What do you feel Minny Pops is truly, actually about? I sometimes think the whole project is more than some cult band on Factory, it’s such an amorphous thing, you’ve had a fair number of people work with you under this Minny Pops “umbrella”. You order them about quite ferociously at times (I’ve seen you in rehearsal don’t forget)

WM: Minny Pops started out as a project, recording one single and playing three gigs, and really it still is a project, however tempting it is to call it a band. Minny Pops is a manipulation of the mind, some sort of altered state. I needed to work with different people at different times to achieve my goals, but there was always enough space for band members to take ownership of that space and make them feel it was theirs.

IN: This has been a momentous 18 months or so, you’ve seen the “brand reestablished” to considerable acclaim, had some tough times, gone back on the road & worked with a bunch of young bands…

WM: The Minny Pops reformation and the Ultra project earlier this year have been intertwined since the day I decided to bring Minny Pops back into what you could arguably call the limelight. I knew it would never be easy and that I would have to invest a lot of my time to make things happen, but it was a sacrifice I was willing to make. I loved working with bands such as April during the Ultra project, and I was so happy to have young poet Jelmer van Lenteren join us for our ‘’Drastic Measures, Drastic Movement’’ performance in Amsterdam in March. It was so great to be working with the all-female Minny Pops line-up, assembling musicians who had never played together before and seeing them enjoying being part of something special. (ed- the female Minny Pops in Eindhoven was my Ultra highlight, no doubt) I must say, though, that there were moments when I was ready to pack it all in: the first time was when I felt we were not ready for our January run of UK dates and the second time was when we needed to work on new songs for our OGenesis single release and went into our rehearsal space with just a few riffs and no lyrics. 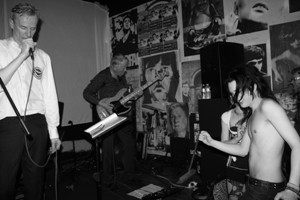 IN: And now what? Actually I’ll break this question into two parts…. Let’s start with the O-Genesis single. Tell us about the single, and this “last” gig.

WM: The recording and release of the Waiting For This To Happen / Glistering single was something I had never dared to hope for. I never thought I would be back in a studio recording new tracks – I simply was not ready for this! I must add that it was quite special to end up recording in Stockport again, albeit in a different studio. In 1980 we recorded our FAC 31 Dolphins Spurt / Goddess single with Martin Hannett in Stockport. It’s great that someone such as Tim Burgess is prepared to be so generous and offer new and old bands the opportunity to record for his OGenesis label. As for the last gig: from the outset the Minny Pops reformation had a ‘best before’ date of December 2012, and why shouldn’t I stick to that date? Our one-off and unique performances in the Netherlands and multiple band performances outside of the Lowlands were great, but I don’t want to be in a van for three weeks or having to organize rehearsals and book flights for a gig in Warsaw.

IN: And then? Silence, disappearing back into legend?

WM: The book I wanted to close might stay open. Who gives a fuck whether I stick to my own promise or not…I will read chapters from the book when and if appropriate.

IN: You always sort of projected yourself as an artist who happened to be caught up in music. Still true of what you’re doing now do you feel?

WM: Way back then, work and being involved with music were very tightly knit. Nowadays I still work in music but I decided never to drone on about my own past as a performer, as it is simply not appropriate when working with artists and managers. But when you cut through the surface you will find there is a quirky side to me that you never expected. 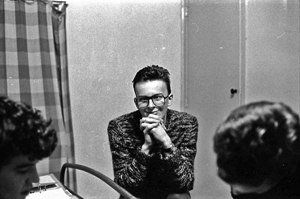 IN: Do you still feel an outsider? A bit of a rabble rouser? (I’m thinking your infamous ULTRA club nights in the early 1980s)… Someone who likes try to kick out at established conventions? Because you could project an image as the classic careful, sober, “netjes” Dutch citizen too…. And yet you pour olive oil, or water over yourself, or throw a goats horn about, or try to shave your head onstage, or get covered in honey… and you have such a strong following amongst the more outre, more artistic and members of society (I noted a fair number of cross dressers and pretty heavy Goths at your UK gigs), I mean it was comprehensively proved recently that you’re not going to buy into the Guns n Roses demographic….

WM: I can be loud if I want to, and I wind people up if I choose to, but I’m not sure if I want to. I like to tease people that I have never met before, despite risking it giving them the wrong impression, but I hope I would never do anything to upset them. The ‘animal’ inside me is still there; it has become more trained, but never trust a tiger that has been kept in captivity. The olive oil, the holy water, the milk in the goat’s horn are all part of a ritual to protect me and the musicians on stage from going insane, some of sort of African voodoo I don’t believe in. Being invited to play with Slash was an honour and a challenge at the same time. I never expected his audience to support our music but I don’t think they realized that booing is also a form of appreciation. One of the best things that happened this year was our acoustic performance at Tim Peaks Diner at the Kendal Calling festival in Cumbria. Casually dressed and playing at 4 in the afternoon, I felt there was magic and mischief in the room, in a way I had never experienced before.

IN: Where do you feel at home? It’s funny you glide between the Dutch, Belgian and UK scenes. does Holland give you the leeway to be what you want?

WM: Holland is known for being a trading nation and I would say that Dutch people feel comfortable in many places – not that difficult, I suppose, if you can feel at home in a place that is 10 feet below sea level where you can easily drown. I think I can live in many other places; I am a free spirit. 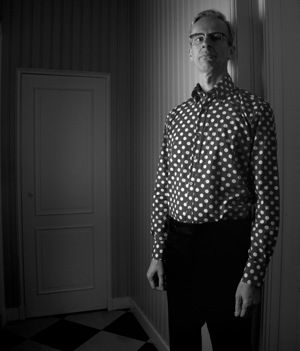 IN: What was it about your generation in Holland? What and where did you look to for inspiration? Tell us about some of the people active on the scene in NL back then, there are some great rabble rousers like Dirk Polak, Harold Schellinx, Peter Mertens…

WM: It was always thought that my generation, that of the late Seventies, would be a lost generation. I never believed any of that bullshit; you can do with your life whatever you want to. I really appreciate people being individuals and having strong personalities – not to be a complete ass, but to pursue your own goals in life. My musical influences come from Iggy Pop, David Bowie and early Roxy Music, but on another level my inspiration comes from people such as Simon Vinkenoog or Piet Keizer (Ajax player in the Seventies – a legendary left winger, football Heads should check him out – ed), interesting individuals who never really fitted in. In the late Seventies music scene that I was part of there were many great and colourful figures around; I think not only about Rob Scholte and Maarten Ploeg but also Arjan Schrama who started Vinyl magazine.