Am I Right or Am I Right isn’t an easy listen. It is, however, a fantastically rewarding one

Am I Right or Am I Right isn’t an easy listen. It is, however, a fantastically rewarding one 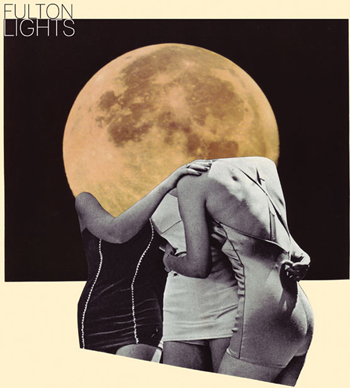 In general usage, complexity tends to be used to characterize something with many parts in intricate arrangement.

Or at least that’s what Wikipedia says. I’m not really the Wiki’s biggest admirer but here it’s as good a place to start as any. Fulton Lights’ third full-length record is a complex beast indeed. It’s also baffling, bewildering, surprising and incredibly entertaining. Oh sure, it’s all over the place but that’s by far its biggest asset and what gives the album such energy. If you’re not prepared for it, it’ll knock you off kilter and could upset as many as it attracts I’m sure. Within the first ten minutes of your first listen you’ll be throwing Springsteen, Byrne and Bono comparisons around before quickly giving up on pigeon holing anything, which is a good thing. In the end, you’ll come to realize that Goldman’s simply trying to find himself and in doing so he’s probably discovered that he’s good people. Am I Right Or Am I Right is a schizophrenic record.  It’s also quite haphazard and relentless on occasions. Goldman changes his vocal approach to suit each song, giving each one a different character and together they add up to quite an ensemble.

Am I Right or Am I Right isn’t an easy listen. It is, however, a fantastically rewarding one. It boils with anger, frustration and a mix of other intense emotions. Drums pound, guitars clang and some horns are treated quite nastily on occasion, it must be said, but there’s a power and driving force to the record that is undeniable. Goldman and friends (most of them being himself it seems, judging by how many instruments he plays on this thing!) sound like they’re having a blast but this certainly isn’t pandering to any particular template. It’s an indie rock album, for sure, but it’s so intense and well crafted that it feels more like a performance than a collection of radio-friendly tunes and that’s its real strength.

There’s a lot going on in here, a lot to digest and if you learn to stomach it, you’ll find yourself falling head over heels for one hell of a good record. It’s the sound of an artist flexing his muscles and a songwriter pushing himself into unfamiliar territory. Am I Right Or Am I Right never takes the easy option, never cops out on any occasion. Whether all of the experiments pay off totally is kind of beside the point. The adventure itself is more than memorable and each time your ears take that trip they get rewarded with something new.

Am I Right Or Am I Right? In answer to your question Mr Goldman, I’m still not sure, but I’ll happily tag along while you try to find out.