If this sort of insipid electro pop experiences a resurgence I’m doing a MacKenzie. I hope that your editor will look after my whippets.

If this sort of insipid electro pop experiences a resurgence I’m doing a MacKenzie. I hope that your editor will look after my whippets.

I am aware that the Misanthrope has been experiencing severe pecuniary paucity. Only a myopic dunderhead would have failed to observe the muscular men who continually loiter beneath our dilapidated portico demanding recompense. Luckily for them my days of derring-do are behind me, my duelling pistols pawned and sword cane confiscated after an altercation with a rum fellow from the north. A gentleman settles his accounts in his own time and not because some usurer’s baboon has propelled him through a window.

Rodderick is happy to point out that our predicament has been precipitated by my extravagance, although I notice that he still gleefully prises his emolument out of my bony grasp each week. It is not as if I haven’t embraced austerity. The champagne stays corked till after noon, post-prandial delights have been reduced to either a bottle of port or brandy and I dine on rodents caught scuttling around our barren cave (well it was that or fast food). My wine merchant has changed from Berry Bros & Rudd to Messrs Bargain and Booze who have introduced me to the dubious delights of White Lightning, Vodkat and Lambrini.

However, I draw the line at my impudent sommelier’s suggestion that we form a Pet Shop Boys tribute act. West End Gentlemen? It’s preposterous. I’d rather gyrate rhythmically at the Folies Bergère or be employed as teacher under Michael Gove. Anyway I have these CDs to review. That will bring in a few coppers which go surprisingly far at my newly appointed victualler. 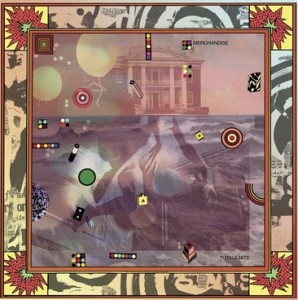 Along with most sane people I’ve steadfastly believed that harmonicas should be distributed to all the one-man bands, hobos and protest singers who want them, and those that are left over placed in an disused mine with all the nuclear waste we’re leaving for our descendants to enjoy. Listening to Totale Nite has made me reconsider this view, even though this implement appears only once.

Merchandise are sparse, almost desolate. The lyrics are melancholy, vulnerable and full of despair, the guitars fast paced, driving the songs forward, and there’s some wonderful Pere Ubu distortion for the connoisseur.

Unfortunately direction is often lost, which is worrying on an EP, and these tunes would certainly benefit from being tightened up. For a start the ponderous last track should be discarded.

They have been compared favourably to Joy Division, an honour not yet earned, but they should be proud to be mentioned in the same breath as those übermensch. Definitely one to watch. 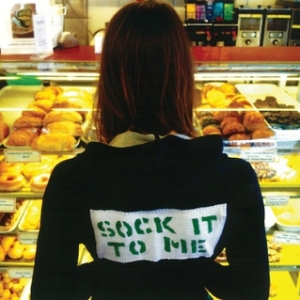 Colleen Green; Sock it to Me

If there’s a simpler format that an ingénue singing catchy indie songs about her boyfriend then I don’t know what it is. Sock it to Me is perfectly packaged teenage angst. The songs actually have choruses.

Coleen Green has a captivatingly cute voice – Tracy Tracy tinged with Grogan – which despite having the potential to be annoying never is, although it could be more emotionally expressive.

Regrettably, she plays all the parts herself which certainly showcases her talents, but also results in a lack of integration and variety: basic four-chord progressions, synth one-oh-one flourishes and omnipresent drum machine. Instrumental onanism, with Lego-like construction.

That she has completed this almost entirely alone is laudable. I just hope she’ll find some musicians and producers worthy of her talent because then great things should occur. Collaboration is important, as Peter Hook said: ‘it definitely didn’t turn out sounding the way I wanted it (but) Martin Hannett created the Joy Division sound’.

It’s nearly thirty years since Paul Simon, not content with abandoning Art and his cunnicular buddies to be ravaged by General Woundwort, released the appalling Gracelands which not only broke the apartheid era cultural boycott but also did more to ruin South Africa’s musical reputation than the vuvuzela. Thankfully Dear Reader are here to rehabilitate it.

Enchanting minimalist folk, with religious overtones, where layered a cappella vocals, clipped phrases and semi-spoken word are blended perfectly with infectious timpani drum beats and glissando trumpets. A profoundly personal offering, which is surprising as it was inspired the country’s history.

Rivonia is surprisingly slick despite being almost entirely recorded, produced and edited in Cherilyn MacNeil’s one room Berlin apartment. It’s worth buying just to listen to what one exceptionally talented individual can achieve in their room. (Although thankfully I am not one of her neighbours, not because the compositions are particularly raucous, far from it, but due to the number of guest appearances. I counted over thirty, sixteen of whom belonged to the same choir.)

Screaming Al is a strong vocalist, and when he lives up to his moniker he almost has the power and passion of Plant, especially when accompanied by punk riffs with a rockabilly sensibility. Unfortunately, although this starts well, it fails to keep up the momentum. A wild motorcycle ride into outlaw country that quickly morphs into a mobility scooter driving down the central reservation towards the local mega mall.

This is incoherent and most notable for what it plagiarizes: Little Richard’s Keep A-Knockin, The Dead Kennedys’s Police Truck and the bass line from Life During Wartime are just three of the manifold ‘influences’. An evening with an unpredictable drunk, one minute happy, one minute sad, one minute violent, you simply don’t know where you are. A compilation album by an ensemble suffering from Dissociative Identity Disorder.

The final track finishes with the polite applause of a disappointed audience, and I feel their pain as this could have been so much more.

The Besnard Lakes; Until in Excess, Imperceptible UFO

Here we go again. More wan vocals over instantly forgettable acoustic meandering. Rarely has inspiration been so overwhelmed by aspiration. Thankfully the title gave me much food for thought enabling me to ponder, while I waited for it to finally finish, if something imperceptible can be identified.

The only positive is that very, very occasionally the singing reminds me of one of The Beach Boys. Maybe David Marks after a protracted and extremely awkward meeting with Murry Wilson holding a two-by-four.

A piece of driftwood bobbing about in a stagnant oxbow lake full of hidden shallows, that dreams of encountering some rapids or a waterfall and eventually getting washed up on beach where there’s a party going on and it might get used as a surf board – hopefully by Dennis Wilson.

The eighties were a terrible decade, hooligans, riots and miners’ strikes all provoked by she-who-was-always-alone. But desperate times can be the most creative, and this period yielded some of the greatest protest pop ever recorded: Costello, The Specials, Wyatt, The Clash, Russ Abbot’s Atmosphere. Incredibly rich pickings for musical magpies, which beggars the question why The Ruby Suns chose to emulate Orchestral Manoeuvres in the Dark? Especially their cheesy, overly-sentimental synth pop phase which was only suitable for the soundtracks of bittersweet teen comedies featuring, and aimed at, spoilt white brats. Perhaps OMD’s more challenging releases – the underrated Dazzle Ships or the sublime Architecture and Morality – weren’t available in New Zealand.

Christopher is directionless with far too much going on, while the Vangelis-lite crooning is thankfully overwhelmed by the pedestrian ditties. If this sort of insipid electro pop experiences a resurgence I’m doing a MacKenzie. I hope that your editor will look after my whippets.