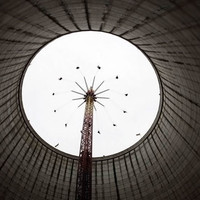 You know this already. Of course you do.

It would be wrong to take the clichés furiously pedaled about this or that type of people – pedaled by whoever – about anywhere, take them at face value.

Because, in all their wondrous, dexterous, messed-up-ness, people are just people.

No, not just. There must be a better word.

In all their wondrous, dexterous, messed-up-ness, people are excessively, overwhelmingly, people.

And yes. For people like you, interested in this excess of personhood – that’s also about their music.

A band from China that does things that no one else is doing in this place. For me, anyway.

Roll it off your tongue.

“That’s another way of saying bad words. Like: ‘you’re a fucking idiot’!”

CNdY are three people. Here, they have one voice – because in the interaction, where questions and answers, jokes and piss-taking switch effortlessly from Mandarin to English then back again, to make sure everyone understands – it’s one voice that emerges. One from three.

What is China, trying to peer inside? I’ve lived here for a year and a half now. What is this place?

It’s a weird experience. Fifty per cent, you recognise immediately. The Starbucks. The KFCs – for sure – but also the ostentatious displays of wealth (and the necessary disparities that you can’t avoid). But that other fifty per cent, that’s the beguiling part.

Most Chinese music – modern music, I mean, but not the K-Pop style glitz – is considered, rightly so to my mind, to be heavily influenced by something punk.

To most people’s surprise – not least Jon Lydon’s by all accounts – PiL were recently allowed an entry visa to do a mini tour of the country. (In comparison, Kraftwerk were refused: for some minor drug offence, or similar, many years ago.)

That Mr Rotten was allowed in seems significant. Listen to some early Chinese “alternative” bands (dating from somewhere in the 90s) – the likes of P.K. 14, say – and they sound resolutely punk. Today, you can still hear that influence in the white noise of the wonderful Carsick Cars. In fact, there are myriad names that take that shouty, angular, in your face sound – and do it very well right now.

In this milieu, what do CNdY sound like, then? A band I’m trying to convince you are a little bit fucking special.

Well, there’s one easy answer to that question of course. 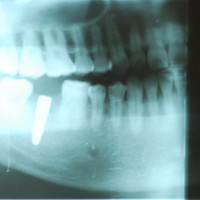 CNdY, all the way

CNdY didn’t start out wanting to be an electronic band. And maybe it’s this – their originary story, their founding tale – that really intrigues?

They were – in their own eyes – a pretty ordinary rock four-piece. (Somewhere along the way they lost that fourth member.) Then, one day, they simply made a decision to switch: from ‘rock’ to something else.

CNdY: “We suddenly didn’t want to be limited to just the usual four instruments of rock bands: we wanted to open our eyes and minds – to use everything and anything in our songs.”

(A couple of years ago, on impulse, they sold all of their gear, hit the internet and bought a load of new stuff, direct from Europe and the States.)

CNdY: “We bought all our equipment from abroad. We read the English instructions. We watched Youtube to learn how to use it.”

If they we’re going to do this, they thought, they wanted to do it properly. They didn’t –and still don’t – want to be “only halfway. That’s no use,” they say.

IN: So why make the change?

CNdY: “Can we talk about drugs: weed – marijuana?”

CNdY: “After you smoke, you get bad, angry feelings about rock. But listening to electronic music, it controls your mind somehow, but in a good way.

“People in the West don’t know that people in China do drugs.

“And we’re not saying that everybody has to take drugs. But we want people, especially young people in China, to know what it is. To have that experience – to have that different angle to see the world from.”

CNdY: “That’s an issue we have to deal with. Many people in China feel that since they don’t do drugs, they won’t be able to understand what our music is. But we still want to bring them into this world, help them know what it is.”

There are, of course, other Chinese bands who seem to be noticeably influenced by western DJs and electro acts – the spectacular Rebuiliding the Rights of Statues (Retros for short), or Pet Conspiracy (but the latter don’t really count in my head, since they’re half Western). So what makes CNdY stand out?

CNdY: “Most Chinese bands want to make some electronic sounds in their music now. But they don’t want to give up their guitar playing skills either. We don’t have that issue. We can and have given up our past. This is just the beginning of proper electronic music in China. And the audiences aren’t used to it yet.”

So, just as the band didn’t want to go only halfway, when they made the decision to ditch those guitars – although it has to be noted that said guitars do feature still in the live set, but increasingly less and less on record – they see themselves as the only act in China who is ready to push all the way.

CNdY:  “We want to create pure electronic music. We want to learn to be like Western acts. But we are Chinese. So the result is that our music is different from Western music – and different from Chinese music too.”

Not Western, not Chinese. Their idea of their own identity is also a bit half-and-half.

Over China’s Mayday holiday this year – when the whole country gets three days off (but has to work the preceding Saturday and Sunday to compensate for it) – the band played one of the capital’s biggest festivals: Strawberry. They finished their set on the Tuesday. Then headed straight to the airport to play at the Shanghai counterpart. (The festival works on the Leeds–Reading model, with bands crisscrossing each other as they switch between the two cities.) For CNdY, Strawberry Beijing was a full band set. At Shanghai, their DJ personas turned up.

CNdY: “We’ve done several remixes over the last two years, but we like to create our own sound much more. There are very few DJs in China who create their own sound, they just mix and play other people’s songs. We want to be the DJs who play our own music and describe our own songs – so people know what we’re saying.”

IN: And what are you saying, precisely?

CNdY: “Most of our songs are about stories. We want to create movies for our audience. We really want them to see the scene when they close their eyes. We’re storytelling.”

IN: And in the newest track? 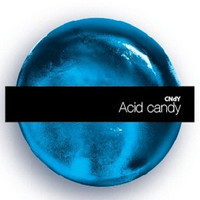 CNdY: “There’s something female in it. It’s about sex. It’s about that kind of deep relationship between a man and a woman.”

It’s hard not to notice the sheer diversity and range of CNdY’s stuff. From the ethereal soundscapes of pure electronica – to more guitar and vocal driven tracks, where perhaps the band’s original DNA can be felt.

It’s an excitement you feel, really never knowing which face they’re going to be showing, from moment to moment.

Half and half again. Not halfway as in not reaching some place. More, an added half.

Which really means we’re not talking halves now. This is a tripartite band. Chinese. Western. And then whatever comes in-between: that for me is the special something that makes them neither one nor the other, the excess that pushes them over the edge.

That, that: that’s exciting.