Dare comes along and lights a psychic firework in what I imagined to be an increasingly dull landscape.

Dare comes along and lights a psychic firework in what I imagined to be an increasingly dull landscape. 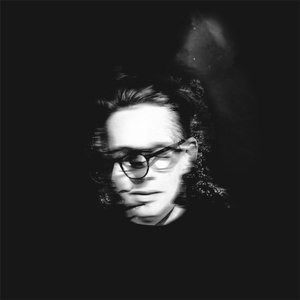 Oh my, this is something else it really is. A tactile record, often concerned with marrying feeling to gradations of sound and polyrhythms and not scared of using silence and various “pregnant pauses”; listen to the way Dare fades himself out with the line “slip away” in Seven Hours, or the extended break just after the line, “I don’t want to lose”, in Scars. It’s really bloody obvious stuff, but done like this; it’s difficult not to fall for it.

You could, on reading the above, think this release a bit gauche but you shouldn’t. Dare creates very expressive music which also maintains a sort of distance, and that dichotomy adds the sand in the Vaseline. We wrote in our live review of Dare’s show at Haldern that there were definite echoes of Marc Almond’s take on Brel, or Billy Mac’s later, quieter moments, but – funnily enough – you can hear that on only a couple of moments here; most notably in Lungful, which is a quiet torch song  backed up by some quiet clattering and thumps.

This quiet confidence translates itself to the imagery too; the inner sleeve has a picture of hands scooping up a lot of black curly hair, or wool or something. It’s suggestive, alright, but of what? The upside down, blurred image on cover throws up similar doubts. (Yes I know the one at the top of this review is the “right” way round, our cock up; just goes to show).

Oh, before I forget I should also mention that I really like the way the piano is the driving force in his music, it’s the sturdy, confident undercarriage to all the other sonic stuff, and usually wrestles control away from the other accompaniment in the end; even when given stiff competition in Flames.

Just at the point when I thought I couldn’t face listening to yet another sensitive and educated soul accompanying themselves on acoustic guitar or piano, Dare comes along and lights a psychic firework in what I imagined to be an increasingly dull landscape.