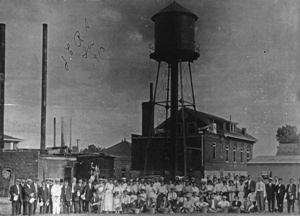 And many quiet souls will love main man Olof Caarls for casting himself as the carefree and sometimes melancholy gallivant; a young chap who is happy to play to the gallery using any populist trick.

And many quiet souls will love main man Olof Caarls for casting himself as the carefree and sometimes melancholy gallivant; a young chap who is happy to play to the gallery using any populist trick.

So, a new record from Leiden’s Long Conversations. A good thing? Well, yes, of course. And very good in parts, if we appropriate the curate’s egg metaphor for this review. As ever, Long Conversations show off a range of talents that should win over and only the odd lapse into a sort of stylistic replication of their own talent muddies the waters.

I enjoyed this record’s opening launch party; though I’m not going to write about it because (for one) I was pissed and secondly, writing about LP launches can give often a skewed picture. Enjoyable as the evening was, there’s little point in trying to convey how good the LP is through describing the night. These sorts of gigs are never going to be a disaster; as too much rides on both audience and band having a good time and relaxing in the relief of having finished a specific task. So let’s turn to the record itself. Well, it’s a slow burner. Once things settle down it’s a very, very good record indeed, and probably the first marker stone towards much better releases in the future.

In some ways he’s a victim of the success of his current image and style. The feel of this LP (and his previous releases) is firmly pitched towards the peregrinations of the young troubadour. Fair enough, lots of people not defining their angst through Fad Gadget and the like will find much that is attractive in this. And many quiet souls will love main man Olof Caarls for casting himself as the carefree and sometimes melancholy gallivant; a young chap who is happy to play to the gallery using any populist trick. He’s backed up in this conceit by the (almost annoying) ease which the band displays in playing his music; at no point does it feel forced or lumpy. But this slightly giddy, sleek, harlequin feel can be rolled out to adverse effect, the intoxication with the method in doing something, the desire to show that the band can do something seemingly overtaking the message, and that can be a drag. The first two tracks, Best Century and Jonathan seem to balance awkwardly and finally topple over on a set of clever lyrics and sonic affectations that seem more intent on winning peer approval than building something; it’s a wee bit Keane in places and over eager to make a point.

But maybe Caarls is still finding his way in shedding off a whole host of affectations and roles. You start to get clearer glimpses of his talent with the superbly patient, and suggestive Come in Out, and Lily Josephine, where he allows these songs’ strong backbones to carry the weight, or the brilliant counter melody that kick starts We Built a Fire amidships. And the last few tracks, from Carnation Lake onwards, are nothing short of brilliant, somehow steering a path between Camper Van Beethoven / Cracker style pop and the patient, widescreen observations that the Blue Nile used to trade in. Endless Fields is a magnificently patient and well-paced weepy, authoritative, never getting too schmaltzy. Oceans is a marvelously slow, elegiac plod, that builds and builds, whereas  Waves is a very attractive stripped down coda to end matters on.

Fine stuff, let’s hope the band use this as a base.