To me natural imagery can be very rich, it has a lot of symbolical value, it works well to draw parallels between natural phenomena and feelings or moods or human nature in general.

To me natural imagery can be very rich, it has a lot of symbolical value, it works well to draw parallels between natural phenomena and feelings or moods or human nature in general. 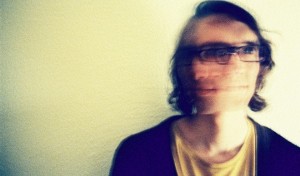 This month, Incendiary get a chance to rabbit onto Thijs Kuijken, leasder of I Am Oak. Thijs, a nice, intelligent and unassuming chap (who has a secret penchant for metal, carnaval and Gabba) has a cracking LP out this month, Ols Songd, a mix of old and new material that has grown over time and, (to these ears at least) warmer, more genial effort than his previous couple of releases. We pushed this quite lad to give it his all and he didn’t disappoint.

IN: Thijs, your music has this incredibly clear quality to it, you have a way of being able to express a hell of a lot in your songs with what seems the minimum amount of flourish. Can you tell us what is behind your playing style and approach to writing?

TK: That is nice to hear. Thank you. It is what I aim for I guess, both consciously and unconsciously. I do not think about it too much when I’m writing or recording. It sort of comes out this way. Of course not instantly. Sometimes I’ll record too many layers and I’ll peel some of that I don’t find necessary and sometimes I’ll keep adding layers for fear of something being too bare. There are no set rules.

It has a lot to do with taste of course. I like a lot of different stuff, but I generally like music that is quite “condensed”. I often find it most interesting to listen to music that tries to take the best out of a limited amount of musical elements (and words). Only then the addition or subtraction of an instrument, a melody or lyric during a song really makes a difference – if well executed of course.

Also it must have something to do with my personality, I think. Or maybe a lot, I don’t know. I’m not afraid of silence. I tend to prefer to keep quiet over trying too hard to come up with something to say. So, I’d rather leave something out than force something in, musically.

IN: This new LP, it’s a very warm LP, it feels much more relaxed in spirit than the last few things you’ve released. Fair point?

TK: I’m not totally sure why, but it might have something to do with the fact that I’ve written these songs five years ago. A lot can happen in five years time. So, on one hand I might have been in a warmer place in that point in time, or rather used these songs to lead me into a warmer place and on the other hand these songs have had an awful long time to settle (in), which may have contributed to the relaxed feel.

IN: I take it you didn’t go and lock yourself up in a hut in Scandinavia, or wherever it was this time?

TK: Nope, mostly just locked myself in my room at home in Utrecht. I’ve never actually locked myself up in a hut in Scandinavia, by the way – to rectify any misconceptions. I did take myself and my band to a nice big house in Finland for two weeks once, to develop and record a batch of songs I had written – which resulted in the album ‘Nowhere or Tammensaari’. But there has never been a (mountain) hut involved. 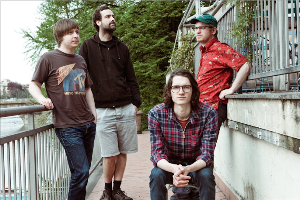 IN: Still, your music is often referencing nature, and hints at lots of exploring in open spaces, can you tell us about that?

TK: I’m “naturally” drawn to natural imagery – in real life, but also in literature, art and music. The natural places and images that I describe often (also) refer to elements of the mind, as metaphors rather than referring to actual physical places, although these descriptions are mostly derived from actual places I’ve encountered and events I’ve experienced. To me natural imagery can be very rich, it has a lot of symbolical value, it works well to draw parallels between natural phenomena and feelings or moods or human nature in general and it is easy to relate to all of this on an intuitive or instinctive level, I guess.

IN: And, erm, why a song about a Cauliflower?

IN: This LP especially reminds me of the work of Richard Long or Anthony Gormley, artists who – through walking – create direct, but meditative takes on nature, using a lot of objets trouvés. Am I barking mad making that observation in relation to you?

TK: I must confess I am unfamiliar with the work of these men, but I can definitely relate to your description of what they do. The outset of my albums (and photo book Woander) is often a journey undertaken by someone. During this journey he (or, I) encounters various moments or places defining the shape of the journey and ultimately defining the shape of the person he is, or becomes during the trip.

IN: Cedric from Snowstar said you would one day do a death metal LP or something. Do you secretly yearn for spandex and glitter, to escape all those sensitive type fans of yours? Do Rock things like snort ants like Ozzy Osbourne?

TK: Haha, snorting ants, spandex and glitter. I’m not sure about that! I’ve never really stopped playing electric guitar, but obviously my focus has been on the acoustic for some time now, but I am at a point where I’m really getting back into playing electric guitar again, I’m sort of beginning to re-explore that territory now, so who knows. I do feel the need to explore different musical territories every once in a while. I do this all the time. Usually these experiments stay hidden on my hard drive, but sometimes some of them surface – like Sou Ka EP, Waves EP, Skulk EP (in a way). As you might have notice these are all EP’s, so I tend to escape in small bursts… This Ols Songd release is pretty closely related to Nowhere sonically as a lot of the same instruments were used, but overall I try to approach the songs on each release differently each time and try to make each release have its own character. 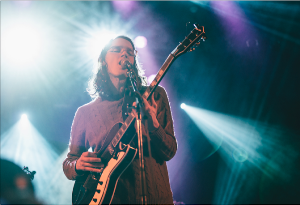