Floristry does not break any new ground, and it lacks a bit of variety and emotional depth, but Trick Mammoth are very young, barely out of their teens, and, bearing this in mind, this is an exceptional debut.

Floristry does not break any new ground, and it lacks a bit of variety and emotional depth, but Trick Mammoth are very young, barely out of their teens, and, bearing this in mind, this is an exceptional debut. 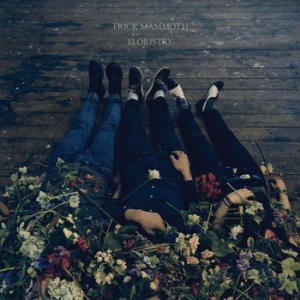 New Zealand is certainly not synonymous with great pop music. Ignoring Neil Finn, who left before his career unfortunately took off, these islands don’t have much of a pedigree.  It’s a conundrum I’ve been pondering for a while, and can still only think of Flight of the Conchords. (Right. Enough. You’re fired – Ed) Which is rather pitiful as they are ostensibly a comedy act. But it appears, after listening to ‘Floristry’, that the almost award-winning, fourth-most-popular folk duo in New Zealand may finally have some competition.

Some albums grab you the first time you put them on. One listen. You’re hooked. This is not one of them. But each time you hear it, you’re increasingly glad you did. Initially it felt like I’d heard it all before, yet another group of indie wannabes boasting a coquettish lead singer. Same old, same old. Nothing stood out, and it certainly wasn’t challenging. But I was wrong. This is a subtle offering. One that requires work, but rewards those who persevere.

Trick Mammoth’s first offering is very good. Fast-paced, surprisingly accomplished indie guitar, with pop sensibilities and catchy tunes. A wonderfully full and evocative sound, with hints of Pavement, Elliot Smith, occasionally The Kinks, and even New Order’s Procession, without ever provoking charges of plagiarism. (I was thinking Vaselines – Ed) What’s more it is infused with the optimism of youth and will brighten any corner: a refreshing breeze blowing melancholy cobwebs away.

However, it is the female singer, Milie Lovelock, who really captivates. Her voice has a quirky, melodic, endearing quality, almost beguiling. Claire Grogan without the affectation, and infinitely less annoying. Adrian Ng’s* voice on his own is less engaging, and seems to struggle at times, but they work very well together.

It’s a shame the lyrics are not particularly intelligible as those that I did decipher were, clichés and repetition aside, intriguing, poetic even. I’d love to find out more, so hopefully they’ll be available online soon.

Days of Being Wild and Week End are certainly the stand out tracks. More powerful, passionate and assured, not to mention faster, than those that proceed. While the darker hues of Floristry hint that, once life has cured them of the last remnants of hope, their music will develop in more interesting and challenging directions.

Floristry does not break any new ground, and it lacks a bit of variety and emotional depth, but Trick Mammoth are very young, barely out of their teens, and, bearing this in mind, this is an exceptional debut. They have a long way to go, but I’m looking forward to seeing where they venture next.

* I noticed that the guitarist is named Adrian Ng, and hope that he is no relation to snuff film impresario Charles Ng. Unlike Dennis Wilson I have a zero tolerance to musical serial killers. No matter how gifted you are if you’ve killed loads of innocent people I refuse to buy your records. However, in this instance, I believe they both just share an unusual surname, and, as Charles currently resides on Death Row in San Quentin prison it seems unlikely that he will be able to play an active part in an up-and-coming pop combo.