Let me state now; the music on Theo Brown and the Folklore of Dartmoor is wild.

Let me state now; the music on Theo Brown and the Folklore of Dartmoor is wild. 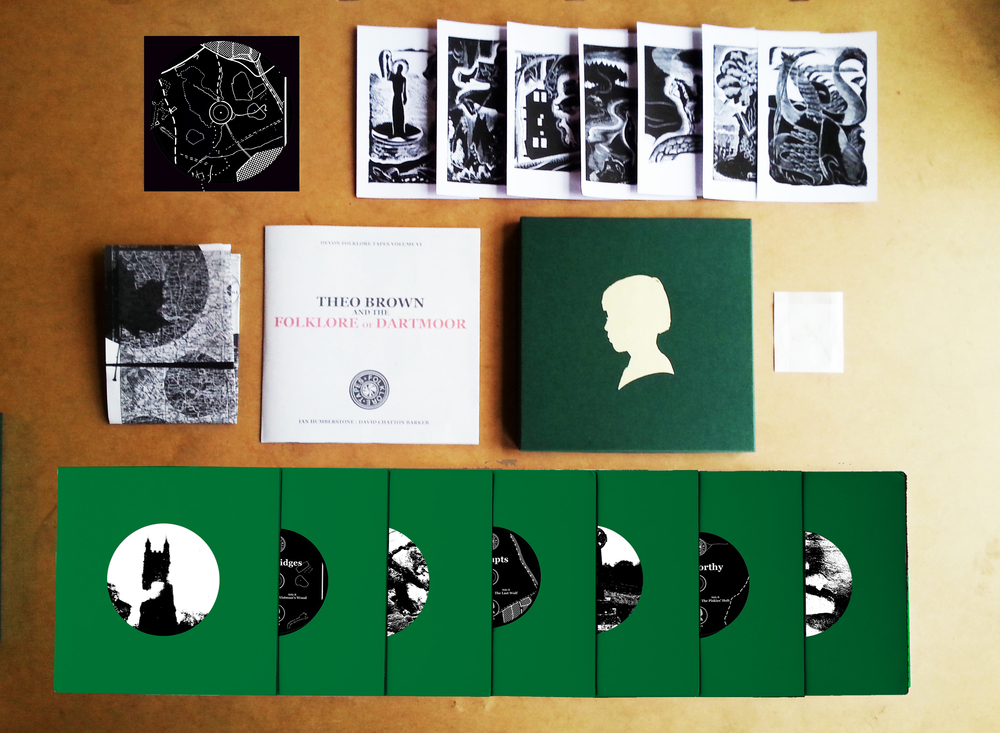 There’s a lot of this stuff about. Not that I’m complaining. Rob St John, Lee Gregory and Chris Watson, to name but three have made some brilliant records (by using site-specific found sounds and the like) to document their response to the British landscapes they live and work in. And in all the recent (political) fuss and bother about Britain’s identity, this creative impetus from artists to map what’s actually around them, and what inspires them in their immediate surroundings (rather than resort to a bunch of ill-conceived and impossible to define isms or tropes) seems a shit-sight more honest to me. This release, from the Folklore Tapes label (who brought you the briliant Pendle 1612 LP) is a bravura work, concerned with creating a soundscape of seven Dartmoor villages and celebrating the life of late Devonian visionary, folklorist and artist Theo Brown.

Let me state now; the music on Theo Brown and the Folklore of Dartmoor is wild. If I read the promo notes and see the pictures correctly, these pieces will be released as seven inch singles which will be mad in itself; as listening to the work in one go reveals the brilliance of it as a whole. Quite how you stick this on your dansette and listen in defeats me. But fair play. It will be a real test of patience, your psyche or your bladder, depending on how many you need to get you through it. But as I said, this work is wild. WILD. Widdecombe in The Moor – Ball Lightning, for example, is a brilliant mix of hymn samples and spaced out, dubby Studio G grooves. The opening single has some heavy Kraut vibes (impossible to eliminate really when you start to deal in esoteric, cosmic sounds). Two Bridges – Old Crockern is a bit like Ver from Cope’s Rite Squared. And the single’s “b side” Two Bridges – Whistman Wood comes on like Can’s Aumgn at times too. Sometimes things get incredibly atonal and spaced; as in Widdecome-In-The-Moor-Jan and the Devil. The psych vibes are well to the fore in Hexworthy-The Publican’s Wife; which sounds like a desiccated, pissed take on a Vampyros Lesbos outtake. I’m sure people will also draw parallels here with a certain film starring Britt Ekland and Edward Woodward too…. Sorry, couldn’t be helped.

By the last few tracks – starting from Hexworthy-The Piskies Holt, and Merripit – the Sow of Merripit it’s advisable to sit down and have a biscuit, as the recordings get seriously three dimensional (check out Dartmeet – Jan Coo and the Piskies if you don’t believe me). Somehow the work has mutated into something otherworldly; mad sound effects breaking in and out of the fug, the sounds evoking the weft and warp of the landscape and the things we imagine lie just below them. Hearing Merripit – the Sow of Merripit and Dartmeet – The Hungry Dart is also a shock because we get vocals; which completely catch you unawares (their presentation reminds me a LOT of Herrek’s recent EPs which evoke his Indonesian childhood, too). In fact by Brimpts-Dolly Cobblestone and Brimpts – The Last Wolf, you could be horizontal, the soundscape managing to elevate you into somewhere else entirely. If I had to vote for a Britain, whatever that is, I’d vote for this spaced out one.

Be warned, one listen and your day is knocked off kilter.

(I have to share these, to get you in on the swing. A short version of the box-set DVD film ‘Only Timelessness’ can be viewed here: https://vimeo.com/93469192 and a promotional podcast by the artists is here: https://soundcloud.com/folklore-tapes/dftvi-dartmoor-podcast)