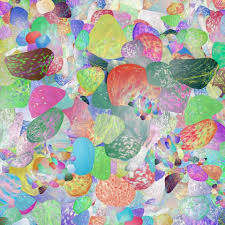 Rather, Preternaturals carries on in a grand tradition of subversive English camp, and very refreshing it is too.

Rather, Preternaturals carries on in a grand tradition of subversive English camp, and very refreshing it is too.

Smashing stuff, this! Incendiary have loads of time for Grumbling Fur, and happily their new release (on fellow Heads the Quietus’s own label) allows us to like them even more. This new record from the ‘Fur comes at a time when there are some spanking good psyche/folk releases about; the new Vashti Bunyan and David Thomas Broughton being but two examples. But as ever, Grumbling Fur manage to plough their own furrow with some ease; being able to offer libations to the Underground and the Wyrd (Neil Megson Fanclub, White China Pencil and the atonal burn out at the end of Secrets of the Earth) whilst producing more examples of the swaying, pleasantly distracted chamber-folk that they are on the verge of making their hallmark (Feet of Clay or Mister Skeleton).

It’s fair to say Preternaturals has a bit more up its sleeve too; and it differs from 2013’s Glynnaestra in that it’s much more direct in places; and a lot more confident, or freewheeling on first few listens. In fact, on this record, the ‘Fur take control and apply a vat load of balm to the psyche. It’s a brilliant pop release in that it’s instantly refreshing and mind expanding in the way great pop is; and listening to these songs is akin to gently bobbing about and going ever-so-slightly-wrinkly in some massive, hot steaming tub full of vital herbs and balms; plonked in the middle of some Alpine valley on a summer’s night. Tracks like the utterly beautiful All The Rays, or Lightinsisters are incredibly soothing and, well, really, really groovy. And on the evidence of skein-like beauties like Secrets of the Earth, they could have wrestled the template of English psyche pop away from Syd himself.

I don’t know why, and I’m pretty sure it’s just me, but Grumbling Fur’s music also has this naughty “Gilbert and George primness” to it; there’s a coyness about their whole trip, at turns day-glow and acid-fried; a sort of vegetable-powered, folksy acid house that trundles along in a low gear. But the pristine, almost Teflon-coated sound they create on Preternaturals avoids sounding too prim and proper. Rather, Preternaturals carries on in a grand tradition of subversive English camp, and very refreshing it is too.