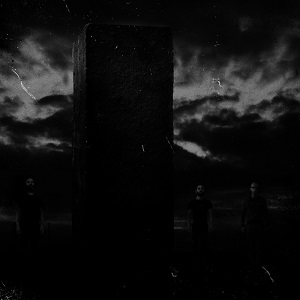 A sensual side? Man, I was thinking of Conan The Barbarian during the whole writing/recording process…

A sensual side? Man, I was thinking of Conan The Barbarian during the whole writing/recording process…

Ah  DNMF! This is one helluva cool collaboration between Machinefabriek and Dead Neanderthals. The GREAT thing about the noise/ambient/experimental scene in the Netherlands is its open-minded fluidity. What do I mean with that ‘car crash’ of words? Well, let’s say that one minute you’re watching Rutger Zuydervelt (aka Machinefabriek) playing in an old shop in Leiden, backing the whispered poetics of Kleefstra, and the next you see him blasting out the maddest, darkest noise with the Noisenik Stormtroopers otherwise known as Dead Neanderthals. With a special show at Rewire beckoning on the weekend of 7-8 November, Incendiary decided to talk to René from the Neanderthals and Rutger about this recent project; DNMF.

IN: So DNMF. Let’s start with an obvious question. Why this collaboration. On the face of it, Dead Neanderthal blarings and Rutger’s musings don’t seem to share a thing. Doubtless I will be told you all bonded over Iron Maiden. What drew you all together?

René Aquarius: Easy question: I have no idea! Yes, Dead Neanderthals’ and Machinefabriek’s music don’t have that much in common. Maybe that’s what attracted us? The only known outcome of a collaboration like this is that it will be something NEW. New doesn’t always mean it’s good, but in this case it was. At least I think so…

Rutger Zuydervelt: Same here. I was especially interested because we had (on the surface) little in common, music wise. And I didn’t expect that this whole process would be so quick and fruitful. A very pleasant surprise!

IN:And how did you hammer DNMF out? What was the sonic plan?

RA: There wasn’t really a plan. Rutger started with sending us a ridiculously long piece of music. It was around 20 minutes and we decided to book a studio the very next day to work on it. This turned out to be The Thing On The Doorstep. Then it was our turn to make something that Rutger could work with. We were working on a long track that just didn’t seem to come together. So we sent that over to Rutger to work on. He added exactly what that track was missing. This turned out to be The Colour Out Of Space.

RZ: What can I add? The process was quick and focussed.

RA: The whole record was written, recorded and mixed around Christmas 2012. I even remember receiving files from Rutger on Christmas day! Best present ever.
Initially, nobody wanted to release it. We’ve mailed those tracks to so many labels. It’s very weird, as we were really happy with the result.

RZ: It’s especially strange ’cause now that it’s out, it gets a bit hyped, and the reviews are ridiculously raving! So it’s not just us who are happy with the result.

IN: The record is very sensual in parts with great shifts of mid tone and very warm in texture, there are quiet passages that could almost fuction as seduction music. Tell us about this softer side.

RA: A sensual side? Man, I was thinking of Conan The Barbarian during the whole writing/recording process…

RZ: I wasn’t thinking at all! Just kidding. But I don’t think the “softer side” is less aggressive than the loud parts… You call it seductive, but I think it’s defenitly guiding towards a darker place. So if you think it’s soft, you’re falling into the trap, haha!

IN: The Netherlands has an incredible noise/ambient scene, it really runs the full spectrum of sounds and emotions. But few cotton on to the magic of (at one end) Jullie Mittens and the other end (say) Kleefstra. Imagine we have a Magical Mystery Tour style bus, and you are the guides. What would you point out along the way?

RA: Fuck… that is a very hard question. There are so many good bands to enjoy! Some stuff I really enjoy: Donné Et Desirée, Spoelstra, Svartvit, Galg… too many to mention.

IN: Oh come on, you can do better than that, we’re providing a service to turn folks on!
RA: Alright, alright… a longer list then. But don’t think it’s anywhere near complete…. So; Cactus Truck, Albatre, The Julie Mittens, A Million Squeeks Will Do You No Harm, Distel, Orphax, Shivers, Rooie Waas, Citizens Patrol are just some more names that come to mind…

IN: A show at Rewire beckons.What will that involve? I see you’ve not played this LP much, having Mannheim, ‘Endless Voids’ and ‘normal’ band duties to perform. Is there any aspect or approach you want to nail live with DNMF that isn’t apparent on the record?

RA: We might not play this set often, but I want to stress that we keep on practising it in our rehearsal space. It’s the only way of nailing a show… endless repetition. Let it creep into your brain and and let it grow.

RZ: Funny thing is: my solo gigs are always improvised, and I feel the less I prepare, the more surprising and better they are. For me at any rate. But with DNMF it’s different, ’cause the material asks for a tight execution. I wouldn’t mind doing an improv set with René and Otto someday though….

IN: I mentioned ‘Endless Voids’…. Now I am getting VERY BORING going on about the ‘Endless Voids’ thing. But it was incredible. So, I’d like you all to tell me about it, get your thoughts down for the record.

RA: Thank you! It was an exciting project! Not only because Incubate really put us in the spotlight (we’re really grateful for that), but also because the project forced us to work harder than ever before (something we actually like to do).

We were in the middle of a super-busy period with the band. The DNMF album and Prime (new DN album) were in the final stages of production. We were taking care of that, because we’re control freaks. I mean, I’m mortified by the thought alone of having NO album at the album release party… Besides that, we were also booking shows, rehearsing all the different sets (also for our other bands. As you mentioned, Otto also has Mannheim, and I’m also in Hadewych++ and a couple of other projects), sending out promo-copies, handling pre-orders, doing interviews. It basically devoured all our spare time.

Then we got a call from Incubate about 2 months before the festival. They basically said: ‘we have a budget, can you do something with that?’. Of course we said YES! We always say YES! Otto and I discussed it and made a battle plan. Quick and dirty. We agreed to invite a couple of musicians we think are interesting. Luckily for us, everybody we had on our wish-list agreed to be a part of the ‘Endless Voids’ show. It was like a dream come true!

Once the players were on board, now we needed an idea over what to play. The first step in the right direction was when we gave everybody a  specific ‘role’ within the group. This served 2 purposes; first, making things manageable, and secondly, ensuring not everybody is playing bass-heavy drones all the time. We busted out a trailer and left things for a while. We first had to focus on the DNMF release.

After the DNMF release show we had to work on a more detailed structure for the piece. Incubate gave us an enormous slot to fill on the festival. To give you some background: we normally do 10 to 20 minute shows. So to fill about 90 minutes was quite a challenge. We had to figure stuff out, so we had a rehearsal with Steven (Vinkenoog) and tried out some ideas we had. After that rehearsal, I forced myself to write down some of those ideas – and some new ones – into a rough composition. So I sent it around to Otto (Kokke), Peter Johan (Nyland) and Steven and we scheduled an additional rehearsal with the 4 of us (this was already during the Incubate week, so we were feeling the heat). We started to play according to that schedule, trying to mimic other peoples’ roles as we were going through the whole thing. It seemed to serve its purpose, so we sent the rehearsal recordings and the composition to all the players. Everybody seemed to like that the whole thing was more organised now, so we felt we were ready to do the gig!

The gig itself was amazing! REALLY LONG and everybody was super focussed. All in all, it was an amazing experience! And the reviews were great, so we were not the only ones happy with the gig. I’m glad we recorded the whole thing. We’re currently working on the mix and that’s quite a bit of work. Mixing 80 minutes of music is quite tricky, so I hope we can make it sound great!

RZ: It was fantastic to participate in this… I felt part of one big entity, and the 80 minutes were over before I knew it… Also, when hearing the recording back, it sounds really nice and organic.
Some links to peruse:
Dead Neanderthals website: deadneanderthals.wordpress.com
Machinefabriek website: http://machinefabriek.nu/
Moving Furniture website: http://www.movingfurniturerecords.com/
DNMF bandcamp: https://movingfurniturerecords.bandcamp.com/album/dnmf