This LP is really, really good. It’s managed to traverse the chasm of weak, insipid, lukewarm sonic piss that lots of modern electronic pop slide into.

This LP is really, really good. It’s managed to traverse the chasm of weak, insipid, lukewarm sonic piss that lots of modern electronic pop slide into. 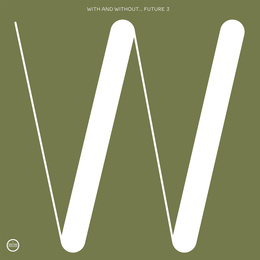 A beautiful and very very pleasing record from Denmark’s Future 3 (appearing back in our conscioussness after  a decade or so) and launched in Grande Dame style by Benoît Pioulard, whose soft, slightly cracked vocals on Mmn and Revenant ensure that, right from the off, things are horizontal and bittersweet. The feeling of gliding down a lake is carried on with the next three tracks; Signature, Roller Coasters and Seen, all featuring the beautiful vocals of Anja T. Lahrmann from Danish band, Ice Cream Cathedral, and all boasting lots of sighing and cooing, all set off against the most dreamy and pleasant synthscapes imaginable.

In fact it’s around this point where you fear everything will get gloopy and swirly and all things mushy. it’s damned pleasant and very moreish, the sort of LP that drifts by like a ghost, the sort of music that you vaguely tune into on a Sunday morning in a cafe, wondering what it is, and yes how pleasant and I really must check out what that is when I pay, sort of way…. BUT never bother to do so. Before you think I’m making out that this is the sort of LP that could be played in some terrible place like a bagel joint or a Modern Pub with weird chalk boards telling you what kind of sandwiches they have (with fillings you’ve never heard of) then, yeah sorry. And yeah, there are swathes of West Africa given over to landfil & reprocessing sites for music like this.

But no, sorry; this LP is really, really good. It’s managed to traverse the chasm of weak, insipid, lukewarm sonic piss that lots of modern electronic pop slide into. The LP has enough teeth, especially the second part (beginning with the vaguely Zuckerzeit / Fennesz-like tracks, O/A and Camphor. Following these, Trmbns is a great sinister thing that just ticks along like that Lunz Reinterpretations LP from a decade back, or a bit like the low maintenance, subterranean synth explorations Toulouse Low Trax or Saroos knock out. The last two tracks, especially Figure, flirt dangerously with a sort of cyber-kosmische sound; those beautiful melodies on the Cosmic Jokers / Lord Krishna von Golowka LPs of yore digitally upgraded so to speak. So it’s not challenging or agenda setting or owt new, if anything its another take on all that Karaoke Kalk/Morr/Staubgold sound the Danish and Germans have perfected this last decade, and it’s a lovely record all told.