There are some BIG songs on here; right from the off, and by the midpoint you can feel pretty puffed and in need of a biscuit.

There are some BIG songs on here; right from the off, and by the midpoint you can feel pretty puffed and in need of a biscuit. 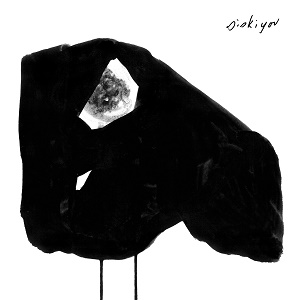 Lordy just HOW ‘big’ is this record?

If this LP is about being nervous or born of a nervousness, as the title suggests, it’s about a cold clammy, suffocating kind of nervousness, the feeling you get when you feel numbed or paralysed by fear. There’s a feeling of cold about the record. And being trapped. At times it feels as if it’s been recorded in a drafty room. Spooky stuff. Still; Siskiyou’s 3rd LP boasts a steady pace and a patience to it, and that is very welcome too, as there’s a bombastic side to tracks like Deserter and Wasted Genius that could well, go off the rails, however attractive the songs are (and they are, blessed with killer hooks and brilliant arrangements).

The best tracks on here – for me at least – are the ones that settle back and busy themselves with creating their own logic. Bank Accounts and Dollar Bills (which comes on a bit like Pulp at moments but when was that ever a bad thing?) and Violent Motion Pictures – a slow burner of some potency; even with the surprise falsetto bit amidships which comes as quite a shock – are two good examples. The title track is a belter too; built on a simple but affecting descend and some soft vocals that start floating off once the refrain and the flutes (yes flutes) kick in. Things also get dark with the gloomy, bombastic Jesus in the 70s which wriggles out of its straightjacket eventually. The 70s thing is given another leg up with Oval Window, which nabs the guitar strum of John I’m Only Dancing to create a strange amalgam of a campfire singalong and pained, ‘poetic’ disclaiming. It sort of gets away with it.

There are some BIG songs on here; right from the off, and by the midpoint you can feel pretty puffed and in need of a biscuit. Still, things settle down with tracks like Imbecile Thoughts or last track Falling Down the Stairs (which is little more than a full stop) and Babylonian Proclivities (oofph), a point where things seem to go very alt-folk on us before getting back on track with some kind of alternative, ‘5 Years’ work out. Good record though. All round. Really good.