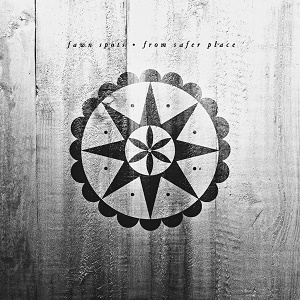 If ever there was a demonstration of how the same can suddenly sound different, it’s From Safer Place, the debut LP by Fawn Spots.

If ever there was a demonstration of how the same can suddenly sound different, it’s From Safer Place, the debut LP by Fawn Spots.

If ever there was a demonstration of how the same can suddenly sound different, it’s From Safer Place, the debut LP by Fawn Spots. This is a record that signals a change in attitude. On the evidence of From Safer Place, Fawn Spots have gone somewhere else entirely in their heads. Maybe its the culmination of a lot of things that have been crystalised in the making of the record. Yes they were always loud and in love with the idea of being loud, but Fawn Spots were also that bit brittle, and you always got the feeling that their records were beautiful accidents, artifacts that had to battle with the band members’ jobs or real lives. But From Safer Place is the sound of a band who have come roaring into our consciousness again, this time as a tough, focussed, uncompromising unit. A band with a new sense of mission, it seems. What’s in (an album) name?

The opening blast of single New Sense and I’m Not A Man I Never Will Be really don’t leave much room for pondering; and the listener is either going to like this or NOT. End of. Still, once you get into this LP, you start to notice that the song structures are tighter, more concentrated and obviously worked out to within an inch of their lives. This gives the record a bolted down, screwed in feel that sometimes verges on a mathrock sensibility. One that Fawn Spots squeeze through their riff-rock hardcore shredder. They obviously enjoy doing this; and sometimes you really get the feeling they are goading themselves on to smash up any old preconceptions of how they should sound. The humour on From Safer Place isn’t that bashful anymore. It’s tough, ironic and capable of looking after itself.

The record is filled with tiny, almost over-obsessive, but dead appealing little details; spindly, needle sharp guitar lines that somehow worm their way into songs, making you wonder just how the band had the nerve to add them (but glad that they did so nonetheless.) The riffing is incredibly tight and not afraid to play around with time keys; listen into second to last track,  Recurring Face for proof (if any is actually needed at that juncture). But it’s not a demonstration rock record. There are some tremendous songs here too if you give the record time; the title track, Remains and Black Water are just brilliant, with Remains looking to set itself alight as some kind of Viking tribute to Bob Mould.

There are some brilliant guitar records out in 2015. Fire stable mate Noveller’s new one, Fawn Spots pals Rats on Rafts’ new one, and this record. Just shows that you need is an open mind and the determination to follow your vision through.