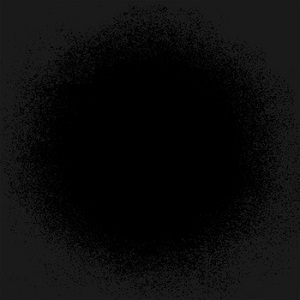 It thunders and groans around the stratosphere like a lost, pissed up Jotun looking for the last bus to Blackpool.

It thunders and groans around the stratosphere like a lost, pissed up Jotun looking for the last bus to Blackpool.

Wow, just, wow. What a record this is.

Listening to nearly ninety minutes of highly magical and subliminal grumbling may sound like a tall order, but let me tell you; this is one of the most refreshing and invigorating records I’ve heard in many a month*. And – even better – Endless Voids is that rare thing; a happy memory that has blossomed into a substantial and ever-giving, ever-present thing about the house. Like some sleek, black, rubber-walled chamber; and the antidote (or the cousin) of the terrifying Goddess-white cube of the Korova milk bar, Endless Voids sends dark matter (imagine magic Guinness) down specially cut soul irrigation channels that you can drink from, zoning out after you’ve imbibed. It’s one heavy mother.

Endless Voids begins like it’s recreating a sort of Neolithic messaging service; a multidimensional grumble emanating from deep within the hunebedden, transmitting subsonic messages to other subterranean nerve-nets such as the control centre in Silbury Hill or the Sardinian caves. There are also lots of wheezes, whirrs, whistles and scratches, and the odd muted blurt from Otto Kokke’s sax; all creating a flurry of activity going on the higher registers early doors, building up a palpable sense of tension that doesn’t even think of spilling over till much, much later. In fact this LP is so heavy it only gets its underpants on round the 20 minute mark, when it decides to hitch a ride on a passing cloud formation. From then on it thunders and groans around the stratosphere like a lost, pissed up Jotun looking for the last bus to Blackpool. Maybe it’s never coming back.

The multifaceted nature of this LP has something to do, I think, with the fact that it is of two places at once, one of them now passed into the vaults of memory (this is the edited version of the incredible ‘Endless Voids’ show that took place at Incubate’s 2014 edition) and the one right now happening in the listener’s consciousness. At the Incubate gig in the Theaters Tilburg, in the pitch black of the Studiozaal, the musicians (basically Dead Neanderthals and a lot of Heavy friends like Dirk Serries, Colin Webster and Machinefabriek) created a sort of slow turning drill set for the heart of the Earth. With this remaster of the performance (which – if memory serves me right -went on for most of a day) you become aware of that the underground atmosphere has mutated into this monstrous, velvety backdrop; something you can lose yourself in completely. In fact it’s so deep the back-sound could kick start a sleepwalking revival. The other brilliant thing that the recording brings to the here and now is the sharpness and ridiculous attention to texture and pace; elements which only add to the fathomless sound. The only artists to get close to matching it are (for my money at least) Thighpaulsandra (especially the Elizabeth Vagina LP he did with Julian Cope) and T-Dream at their most Zeit-like. Whoever mastered this show needs a medal.

This is one of the records of the year.

The spaceward new LP from Rats on Rafts, this, the new Homesick single, the incredible stuff going on at Barreuh and Korm Plastics… Some acts in the Netherlands have supping some crazy witches brew recently, there’s no doubt.