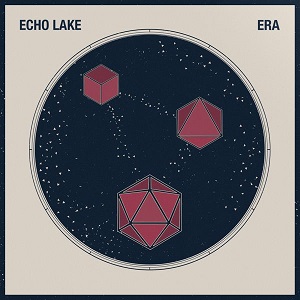 (No Pain in Pop) http://www.konkurrent.nl

Floating and ethereal, sometimes inconsequential, Echo Lake’s latest LP is, nevertheless, one of those that has the ability to pull the listener up short in places. I’ll be honest though and say at times Era (along with their earlier work) irritates me, especially with their coy invocations to all of that ’91-’92 Laura Ashley rock whimsy (something that Stereolab – surely another Echo Lake reference – slipped into annoyingly at times too.) It was bad enough at the time. There are plenty of moments on Era where the music becomes a bit shapeless or cutesy; and that Mazzy Star/Cocteau Twins floaty stuff smothers you, like you’re lying under a mosquito blanket. That you don’t turn it off is, I suspect, down to the fact that it’s so damned pleasing to listen to; so here I am truly am hoist by my ownn petard.

But, (and this is I suppose the reason I’m adding a review) there are some magnificent tracks here, namely the longest ones: Dröm, and the last track, Heavy Dreaming. Here there is a really attractive nihilism at play that is balanced against some sute appreciation of dynamics and texture; both are heavy-lidded excursions to another, parallel world, and both expertly apply the pressure when it’s needed. Listening to these two tracks makes you wonder; why on earth can’t they do more of this whacked-out Ash-Ra-as-bubblegum-pop trickery? And with that in mind, you begin to ponder whether this LP is a sort of laboratory for how they really want to sound as a band.