Wire adopt the role of urban shamans, and look to allow people some gateway to intuition, some breathing space in these fractured times.

Wire adopt the role of urban shamans, and look to allow people some gateway to intuition, some breathing space in these fractured times. 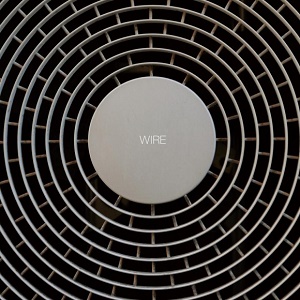 I don’t know why reviewers bother with Wire. The tungsten-strength quality of any Wire LP should be a given, a trope of everyday life, a consensual agreement between all, a societal contract to be celebrated. The release day of Wire records should be given a special phone slot in on BBC5Live. Maybe Danny Boyle can make a film. Wire records don’t need reviewers.

That said, (ahem) I don’t think one small reedy voice (ours) added to the others singing this LP’s praises will hurt. For, yet again, this is a brilliant record that opens doors to those who want to have a different perspective on what’s going on around them. Wire are cultural spies who have hardly put a foot wrong since the millennium. Their job is to record and repeat, laconically  listing the gadfly silliness and South Sea Bubble speechifying of the here and now. “Blackberry hedge funds”, anyone? They shine lights on the mundane and offer up things to the listener that seem self-evident in “everyday life”.

To do this, Wire have and use patience in spades; a quality that many other bands feel they can’t afford, or need to smother to hide their own panic about recording the zeitgeist. That’s why they are able to balance their populist and prog leanings against terse operation notes from the underbelly, Christopher Isherwood-style. Less is more. And this is why they don’t fall into over-elaborating their case like one of their allies, Iain Sinclair (working in a very different field, admittedly). Wire write the short letter rather than dash off the long one; and this is why their records still sound essential rather than boring. As the lyrics go on Octopus: “There’s always someone who thinks they’ve got a plan”.

Then there’s the simple matter of writing great songs. These are both broad brush essays in sensuality and mood, and masterpieces of miniaturist observation; and tracks like High, Joust & Jostle or Manchester seem to have been floating around in the back of the listener’s mind for decades. The tracks (especially classic Wire workouts such as Sleep-Walking and the growling finale, Harpooned) expect that the aforementioned sardonic personal observations demand a response from the music to create additional musical and mental space. Further, I think that these very accessible, sometimes pure pop songs have more in common with The Beatles than any of their contemporaries. I don’t think many can get away with their approach to laying down an album of mid-paced, reflective pop though. Imagine tracks like Shifting or Harpooned done by Jeff Lynne. Or Gary Barlow.

Or not. Luckily we don’t have to put ourselves through an imaginary purgatory to enjoy Wire. On the contrary, Wire adopt the role of urban shamans, and look to allow people some gateway to intuition, some breathing space in these fractured times.