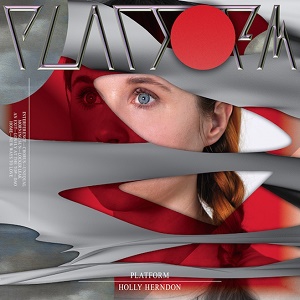 Platform is a modern day Trojan Horse; whereby the reconfiguration of the old is smuggled into our consciousnesses, under the guise of the new.

Platform is a modern day Trojan Horse; whereby the reconfiguration of the old is smuggled into our consciousnesses, under the guise of the new.

Holly Herndon. Harbinger of the new. If she had a pound for every time she’s read or heard or said stuff similar to that, she could get her round in all night. And – up to a point – I’m happy to add to that argument. A mirror for the here and now? In the sense that her music seems to want to dive into what is around us, and capture the granular, frazzled nature of our increasingly collective environment, certainly. Herndon cast as the Siren, the gamekeeper entrusted with the upkeep of the digital/emotional/mental Scylla AND Charybdis that we moderns have to negotiate. Then there’s a rigour about her work that is (excitingly) “current”; a brilliant balance between what feels like a primness and bold experimentation; just listen to DAO, or Home. Most of all, Herndon’s take on the tropes for modern day are fun and catchy; and drawn from sharing the same concerns with most of us. She is both an observer and participant in all of this, and that’s why tracks like Lonely At the Top and Home are so effective; as funny as a Blue Jam sketch and as unsettling as reading Bend Sinister. Or reading about the banks.

But the more I listen to this record the more I think, man… Platform is a modern day Trojan Horse; whereby the reconfiguration of the old is smuggled into our consciousnesses, under the guise of the new. For, (to me at least) Herndon’s music draws on a modern classical tradition that encompasses the likes of Louis Andriessen and Karl Heinz Stockhausen. Playful deconstructions like Chorus aren’t that far away from stuff like Andriessen’s In Memoriam from 1971; albeit there’s a lot more colour and different gradations of light in here. Maybe Herndon’s record is a massive electronic billboard for modern classical music lit up on a roadside. For all the forward looking utterances and bold mashes of sound, there is a sense of theatre and classicism in the tracks (Unequal, Locker Leak) that’s nodding to old crusties like Purcell or even bloody Euripides. Bloody heck. And a lot of pop and folk-pop history here too; a track such as Interference doesn’t half sound like exciting new reconfigurations of Kraftwerk’s Computer World or Radioactivity. Further, (maybe inexplicably, maybe a neurological foible that is mine alone) An Exit and New Ways to Love jog memories of listening to Joni Mitchell’s Hissing of Summer Lawns LP. And a track like Morning Sun is to all intents and purposes a slightly psychedelic lullaby put through a digital slicer. The track’s ending – with its bold about-turn, is the sort of thing that David Crosby would have pulled off.

Regardless of provenance or argument, her music has shaken a lot of people up. Armed with such direct, fearless, and uncompromising music Holly Herndon has grabbed both a traditional (predominantly) male and increasingly hoary and cod-academic take on what the near-future should sound like, and (alongside a whole load of references to the Classical Arts) given us room to do the bump, C21st style. For this at the very least, we should be grateful.