Such is the record’s jigginess, I feel the need to oil the wheels, to cross the Rubicon and start ordering you to spend your Ambitious Working People’s Allowance on this…

Such is the record’s jigginess, I feel the need to oil the wheels, to cross the Rubicon and start ordering you to spend your Ambitious Working People’s Allowance on this… 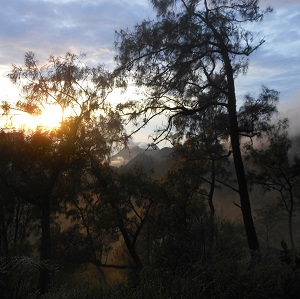 You may not know it, but this latest bewildering head trip by One More Grain could be one of the records of the year. Let me tell you why now, let me tell you, knowing that I’m telling you.

Where to start with such a gem? There’s so much to pick from. Dolittle Jig is the sound of the Fab Four if they’d continued as the Quarrymen and stayed in the Pool, playing taprooms. The bucolic ramble of Winner’s Music is – to all intents and purposes – a rave in a shed. And how to approach the brilliant mess of On Dream Hill; the musical accompaniment to a roadside carvery’s toddler play pen, one full of jam and flour; a soundtrack to some great long-lost 60s psychedelic children’s programme. You half expect the band to have turned into hand animated squirrel puppets during the making of this. Oh, before we forget, Dawn Breaks at Confusion Swamp is the last testament of Lewis Carrol. A gloriously confused, Pythonesque mess; 10 year olds pissing about on a Casio.

Such is the record’s jigginess, I feel the need to oil the wheels, to cross the Rubicon and start ordering you to spend your Ambitious Working People’s Allowance on this, buy into this, disseminate it among your tribes, surreptitiously play it on a means of urban public conveyance like a bus or tube or escalator.

Because this is a record that is totally away with it. One that – whilst having many references and musical OS trig points – is utterly out of conventional time and space, and will help you in turn get out of it. Sprightly shuffles like The Meteor Impact Site or Doctor’s Bolero are washboard-driven raves that could have been written at Aldermaston, or at the battle of Badon Hill for that matter, but somehow sound like the projected less-is-more future that urbane, post-situationist dudes like Joep van Lieshout keep banging on about.

There are some very interesting things happening again in the British Isles music-wise, and this latest LP by One More Grain can be added to the current list. Many of those islands’ artists seem to be looking to set up their own musical Soviets, living off streamed and hand-drawn scraps, far away the gated communities that the likes of Cowell and the majors built. But this record, whilst sounding like it couldn’t have been written anywhere else than some puffin-shit bespattered rocky outcrop off the mainland, has a hell of a lot in common with the tripped out continental lunatics who added the addled in the Kraut-Swiss releases on Cosmic Jokers label. Why? Well, mainly because there is a total lack of that hey-nonny-no, whither-my-lady, po-faced inner-Albion bollox that seeps into many (otherwise brilliant) British folk-rock releases. Take a trip down that particular Head-Highway, and you end up at the gated community known as Pam Ayres Mansions, regardless of your good intentions. Here, on Leg Stomper, or The Scent of Gorse Flowers, we get the fucked up characters out of One Three One, or The Man Who Walks at the controls, with the shades of Walter Wegmüller, Bernd Witthüser and Walter Westrupp, and Lord Krishna von Golowka adding a back seat driver chorus. Backwoodsmen and musical tinkers whose facial hairs could house – and support – a nest of sparrows. Men on the outposts indeed.